Rating: 4 out of 5.
Table Of Contents

A Personal Cook System or Personal Stove System is a standalone stove + pot kit that typically nests stove and potentially the fuel canister within the pot to save packing volume. The close connection between the pot and stove plus built-in flux-rings or heat exchangers in the speedy lead to very fast boil times compared to standalone IsoPro canister stoves or liquid fuel stoves.

The trade-off is that the stoves typically burn very fast and the pots are not great for cooking food. But, they do boil water fast for using prepared freeze-dried foods and also for melting snow (if it’s not too cold for the IsoPro fuel). Also, unlike many liquid fuel stoves, field maintenance with a canister or system stove isn’t possible. Luckily there’s not much that can break on them. But, that is one reason I don’t use IsoPro Stoves on long trips. I Was Mostly New To PSS/PCS

As someone who likes to cook, I was always hesitant to use a personal cook system style stove. I love the freedom of being able to cook nearly anything I want or need to on a trip. I also had some bad experiences with JetBoil brand PCS stoves in the past. But I had some weekend warrior backpacking trips planned a few years ago and was drawn to the ease and speed of using one with some Mountain House and Backpacker’s Pantry freeze-dried meals.

I instantly changed my feelings after my first trip with the MSR Windburner. The Windburner boiled water fast. I could just pour the boiling water in the Mountain House pouch and forget about it for 9 minutes while taking care of other things in camp. It turns out freeze-dried food has come a long way since I last had it something like 15 years ago! With a pouch spoon (GSI Long Spoon), there’s no mess to clean up, just a bag to throw away.

I wouldn’t want to use a PCS for longer trips; the bags make for more garbage to pack out. But for 1-2 night trips, this is a gamechanger.

Why I Chose MSR Windburner

There are a lot of options for PCS style stoves out there. Like I said earlier, I had a couple of bad experiences with Jetboil stoves in the past. One just stopped working after one day; another suffered from significant flare-ups. Granted, this was still back in the early 2000s when they were relatively new and a much smaller company than they are today under the ownership of Johnson Outdoors. Working in an outdoor retail shop in New Hampshire, where the company started, I saw a lot of warranty issues with their products.

I found myself working in another outdoor store in 2015, and the MSR PSS style stoves were new to the market. MSR initially named this stove the WindBoiler, but Jetboil sued because they had trademarked the word “boil” for use in camp stoves. Honestly, that alone turned me off of Jetboil a bit, but I can get worked up over what I see are dumb trademark rules. I digress.

The point is, I was still seeing a fair number of Jetboil stoves coming back for warranty issues, but not a single MSR stove. Sure, more Jetboil stoves were being sold, but the ratio of sold to return was still looking to favor MSR (something about the #DIV/0! error with the MSR stoves was promising).

Another thing to note was that I was personally never “selling” Jetboil stoves. People were just coming in and grabbing them because it was the name they knew. A few times, customers would ask what the difference was between the stoves, very often because they needed a new one since their old Jetboil just died/broke. I was kind of shocked by how many people just casually bought a new PCS every two years. Most of them had never heard of the MSR versions if I mentioned them.

I’ve been using my WindBurner for over three years now, and I haven’t noticed any difference in performance since the day I bought it.

Over 30 years of camping and backpacking has led me to trust MSR products. I won’t go into too many details if you want you can read about the history of the company here, MSR About. I have been using one of their liquid fuel stoves, the MSR Whisperlite International stove since I was 12 years old. I repurchased one in the mid-2000s because I had lost, misplaced, or maybe lent out my old one and it never returned to me. I’m still using it 15ish years later.

I’ve used their stoves, tents, snow pickets, water filters, snowshoes, cookware, even trekking poles, and haven’t had much for complaints. The price is often slightly higher than its competitors, but the product is just as often significantly better.

Common WindBurner Features With Other PCS/PSS

Like most similarly priced PCS stoves, the stove and stand nests inside the pot, and can also nest a 4-oz IsoPro fuel canister. The pot nests inside a included 0.5-L bowl. It’s a fast, efficient way to boil water. Also, like other PCS/PSS style stoves, there are an array of accessories and now additional cooking tools, pots, pans, a java press, and even a hanging kit to expand the functionality of the stove to beyond boiling water. Although, even with fuel control to help with simmering, the stove still burns a little hot to compare to more adept “cooking” stoves like the liquid fuel Dragonfly. The whole line has expanded to include a more traditional IsoPro stove system using WindBurner technology.

What Sets The MSR WindBurner Apart?

The MSR WindBurner uses MSR’s Reactor® technology, keeping the burner enclosed. This allows the stove to be virtually windproof, unlike almost all other PCS/PSS style stoves. The stove works in the elements, and it boils fast, even with a strong wind. All of the cookware elements have heat-exchangers built-in that also lock on to the stove, so you can’t bump the WindBurner pot or pan off the stove. The system weighs about a pound packed (not including fuel).

The short boil times correspond to saved fuel. For me, that means that I can easily make a two-day trip with my wife on a 4-oz canister and have plenty of fuel left over. I’m usually boiling for breakfast, coffee, and dinner.

If you are looking for something a little bigger, MSR offers a modular version of this stove system with a 1.8-liter pot called the WindBurner Duo Stove System. The Duo still nests, using retractable legs for the stove. But, because it attaches to the fuel canister via a hose (rather than locking on to the stove), the canister can be inverted for boiling in colder temperatures.

There are a few. Including the ones I’ve already listed:

I love this stove! The downsides are more of inconveniences than problems, and most of them are designed for a reason (i.e., no open flame keeps heat better contained, no ignition means you don’t have added weight for a piece that typically breaks in PCS stoves, etc.) The MSR Windburner has been a game-changer for me, especially for overnight or weekend trips where I don’t want to spend my time meal-planning, cooking, or cleaning.

Again, personally, I won’t use this on longer trips where I want field maintainability and more freedom in cooking choices. Plenty of other people do; for me, this is risk assessment. I’m typically backcountry in Alaska where every step I take is a step further from civilization/rescue. I might use this for longer trips in the Cascades or Olympics where I can get back to a road relatively quickly.

I guess if there is anything I wish it had, it would be an igniter. Only because I have been in a rush to get out the door and forgotten a lighter before. But that’s me not being prepared. I will note that my boil times are always slightly longer than listed here. As all tech specs, these are written with ideal conditions. Stated tech specs are using MSR IsoPro fuel, but there won’t be a big difference with other brand fuels. I only include the key info, for a full list check the MSR Website.

I’ll post some of my own images and maybe video in the next few weeks. Please feel free to leave a comment below if you have experience with the MSR WindBurner Personal Stove System!

Purchasing from links on this site help support me and the content on this site. Thank you! 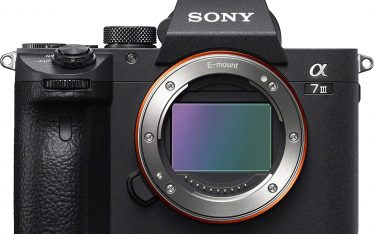 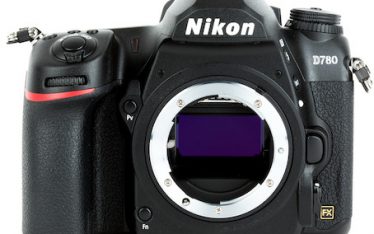 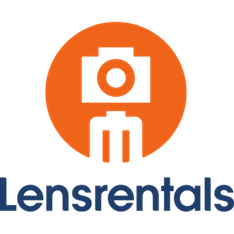 Try it – Don’t just buy it
Photography equipment is expensive. In case you didn't know. Like, really expensive. I don't personally own top-of-the-line gear, at least not much. When I do buy good gear, it's almost...
127 Likes