Every year that I’ve been in Alaska I have wanted to hike out to the Granite Tors. Every year I haven’t gone. My friend Jason has done the same. Until this year when a fellow grad student finished her M.S. and decided to go before leaving Alaska. It didn’t take much to convince us to go and a couple of groups were conjured – a few people wanted to do it in a day and a few others to make an overnight trip. The full loop is a lot of hiking to do in a day at 15 miles with 2900 feet in elevation gain. Since I wanted to spend some time really exploring the area I was pretty set to spend a night. Packing my bagg I threw in an extra 25 pounds in camera equipment, my climbing shoes and chalkbag just for giggles. I’m glad I did. 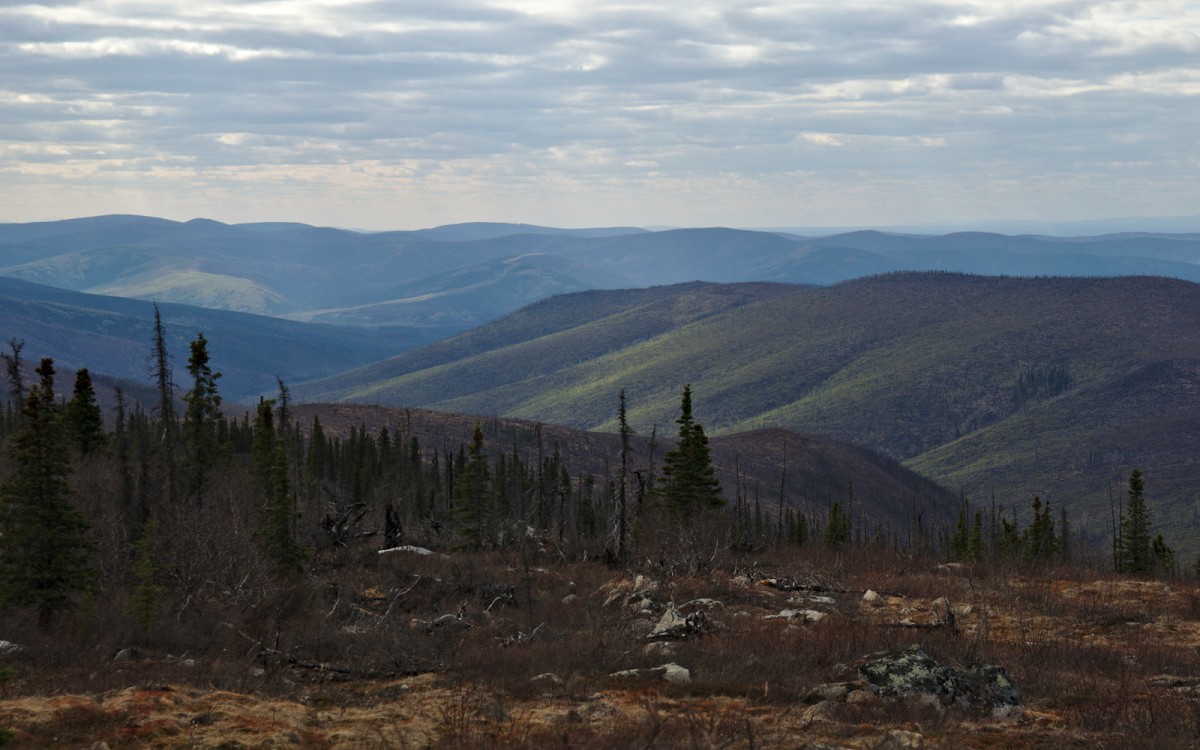 Once at the top we took a few minutes to hydrate, snack, and enjoy the view of the valley as it is just starting to green-up.

It wasn’t long before I was hopping about on these granite behemoths. It brought back lots of memories of playing around at Red River Gorge in Kentucky as a teenager, making night-time scrambles up Haystack and Courthouse Rocks, and finding every cave and crack to go get lost in. Hopefully my next trip out here will be more to explore the existing climbs and potential that exists out here. I was really shocked just how many granite towers are out there, they’re all over and it seems that in any direction you walk you just find more. 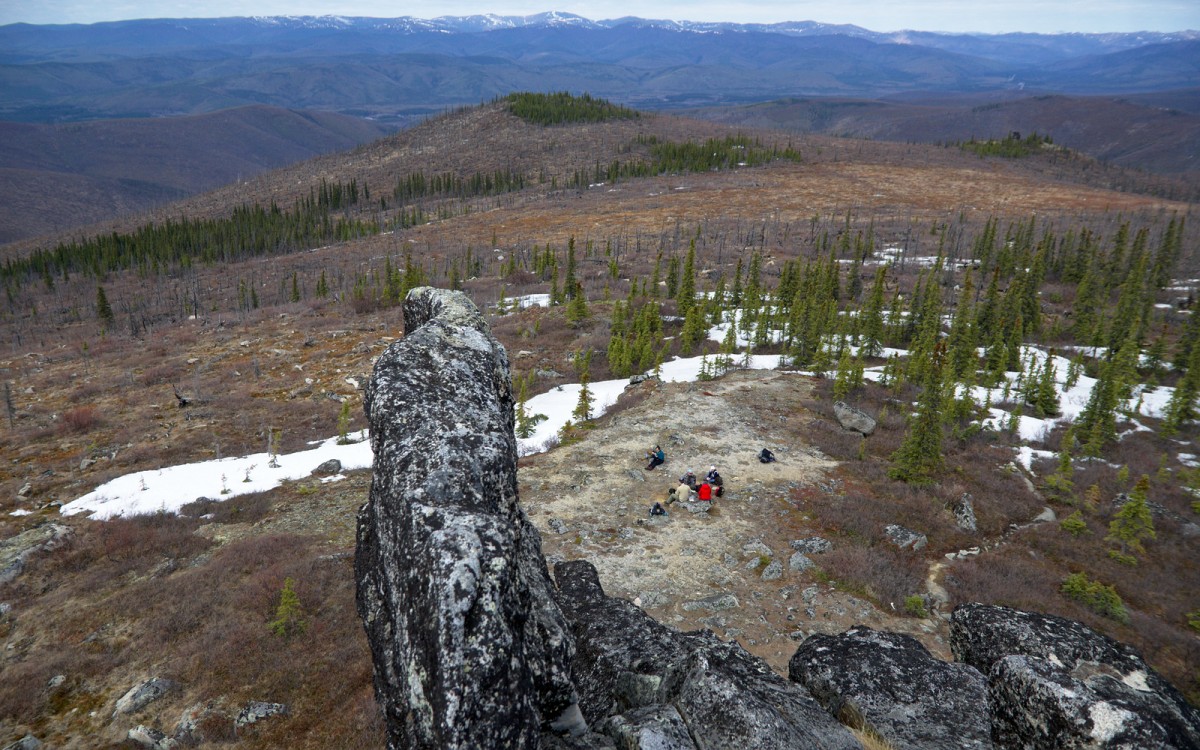 View from the top of one of the first tors along the trail.

We parted with our dayhiking friends, who were not even halfway through their hike yet. Our journey continued with the goal of finding a campsite . . .

Jason hushed us as we approached, I figured it wasn’t a bear if he was hushing us. It was an arctic ground squirrel.

After eating Drew and I went for a walk to the Asgard tor, enjoying the evening light for a couple of hours. 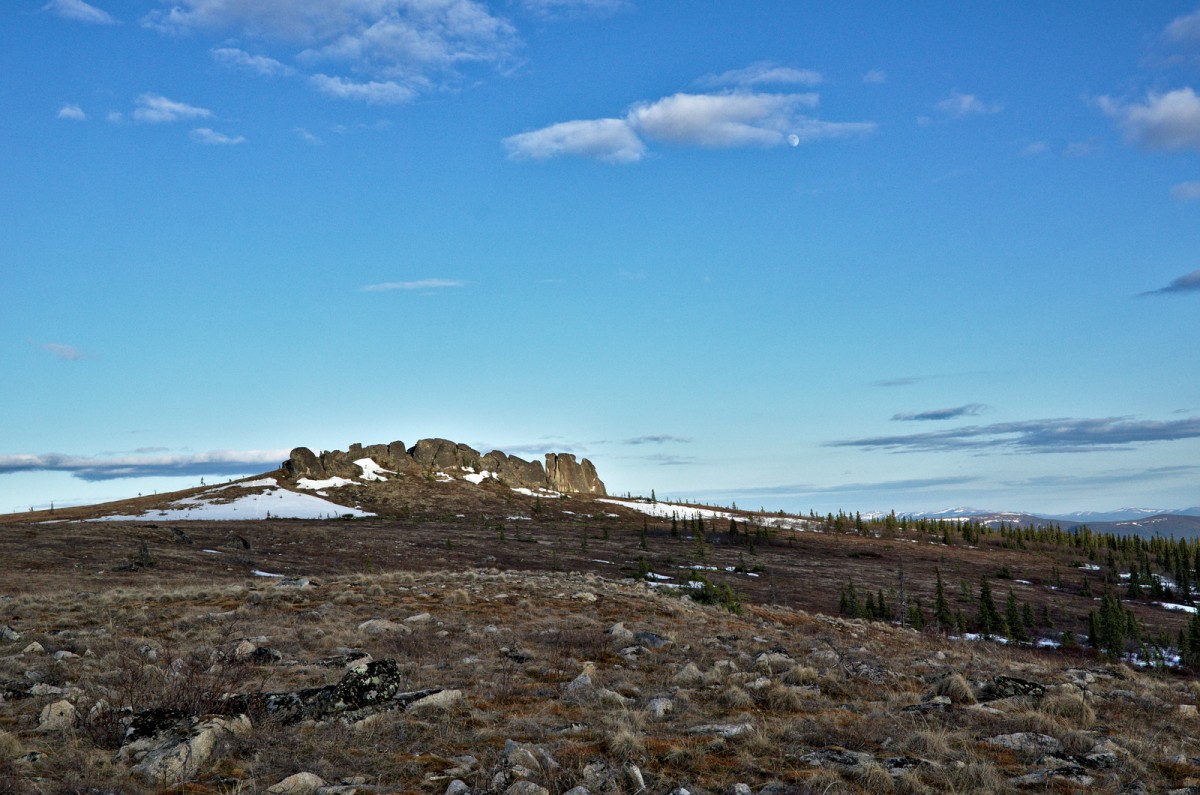 This was the view to the east of our campsite. The moon was out. 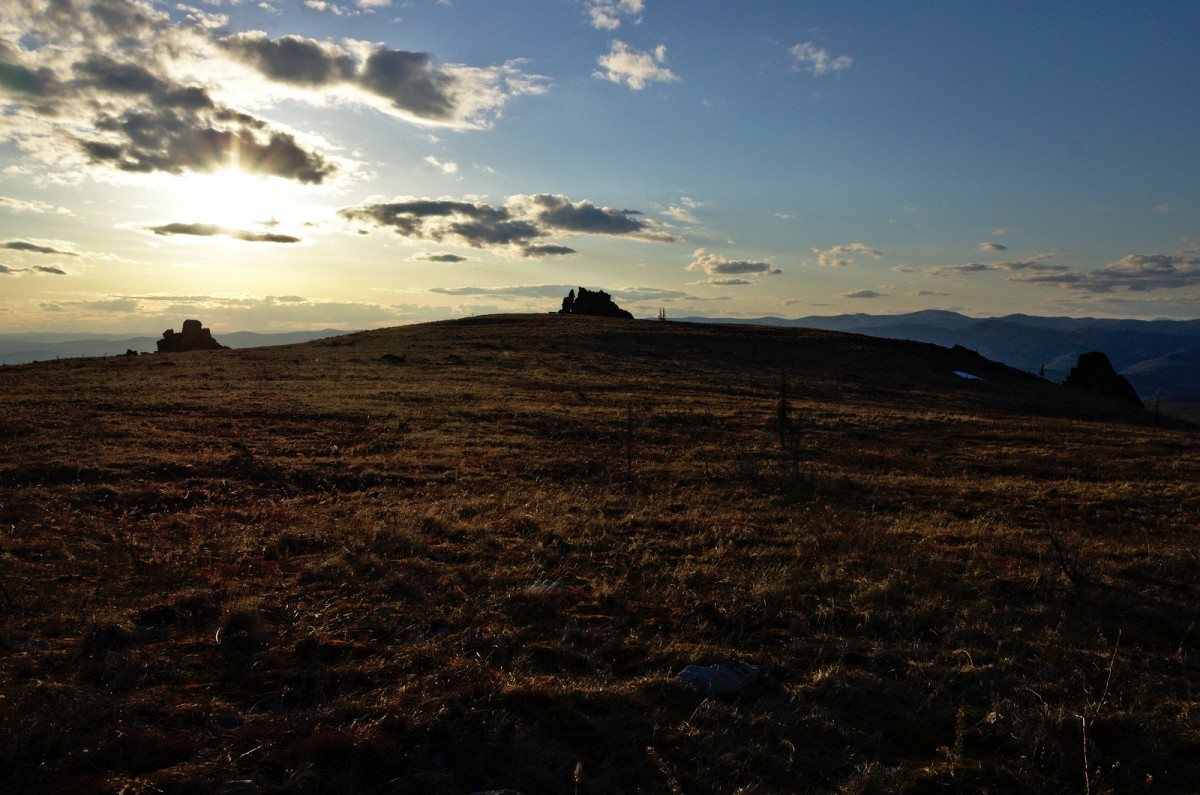 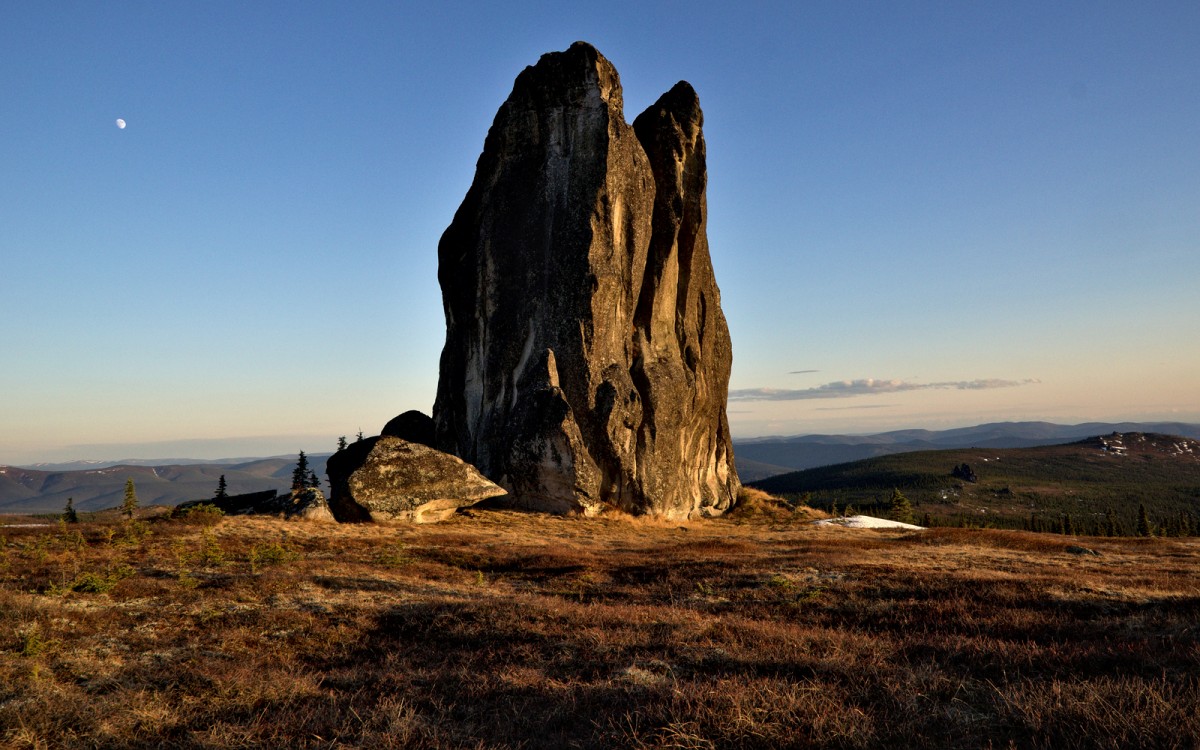 The Asgard Tor – lots of cool looking climbs on it. It’s also beautiful in the evening light. 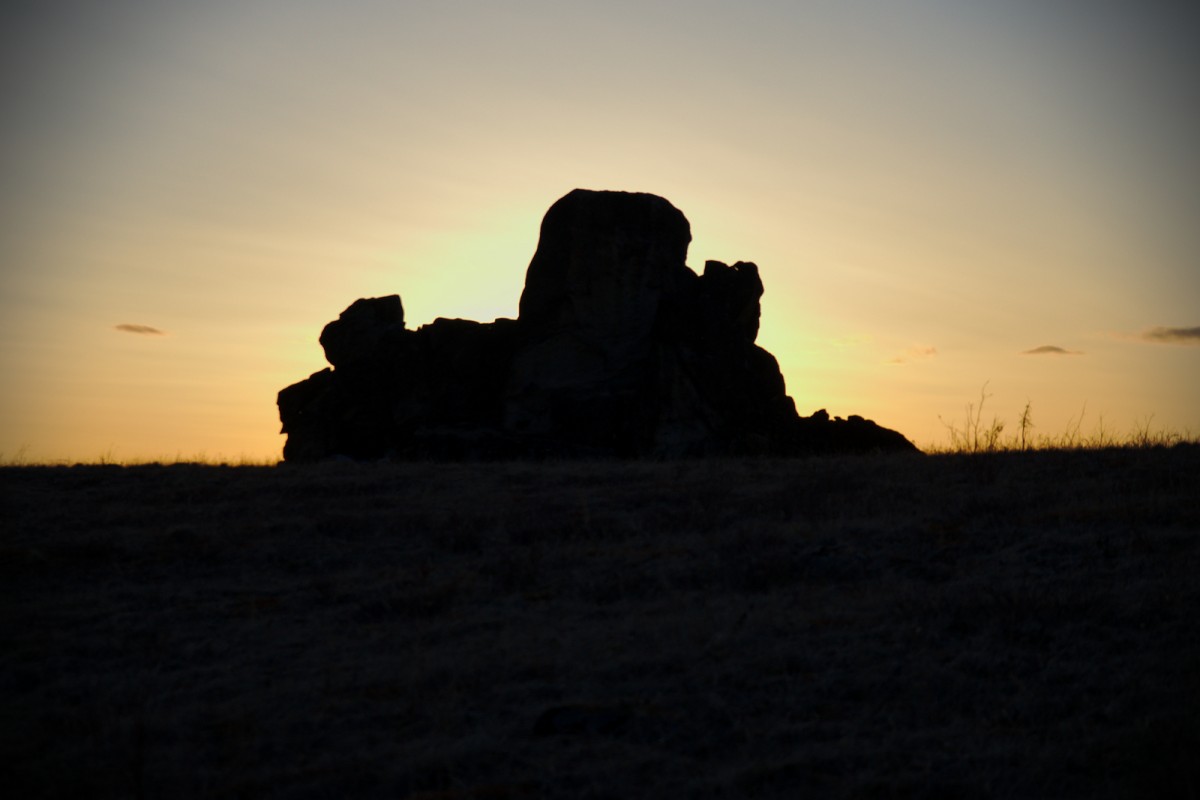 Pretty easy to find our way back to camp – it’s the rock outcropping with the glow behind it. It’s time to bed, even thought the Sun just set, it’s 11pm and that was a long day.

The next day I took far fewer photos. I woke up at 6:30 and the Alaska Range was out in a spectacular way. 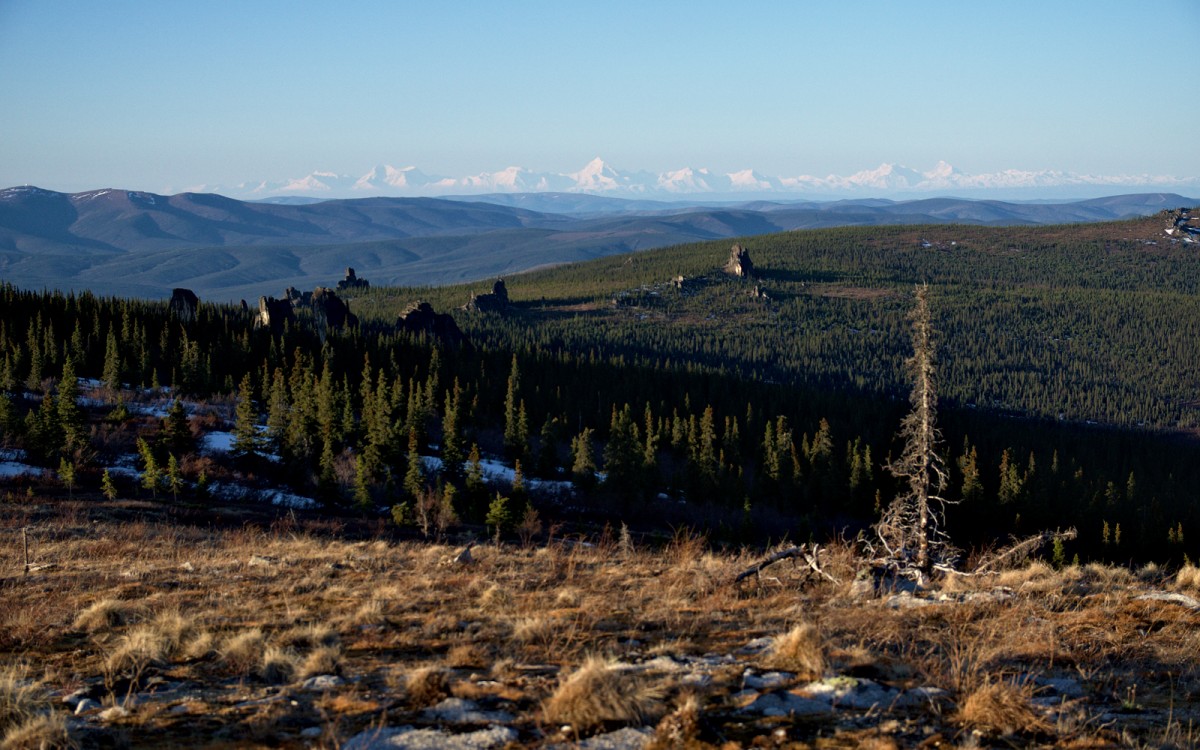 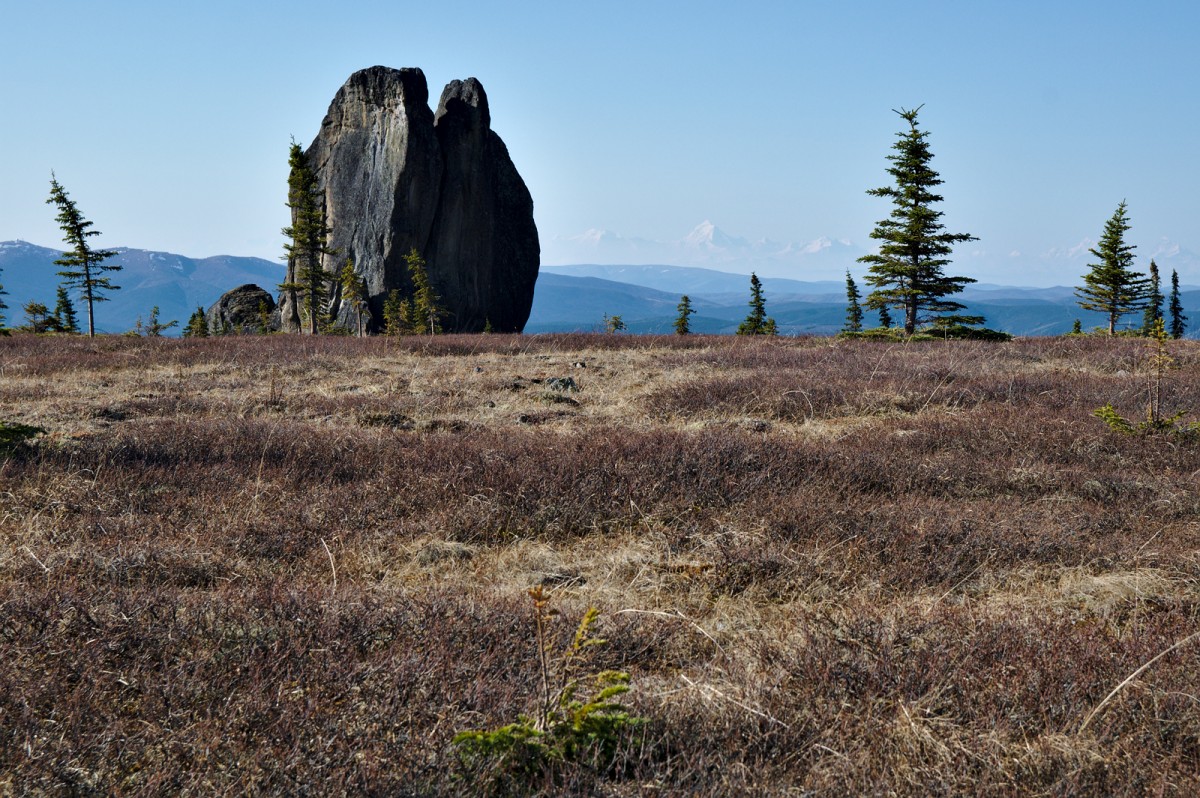 The daylight view of the Asgard Tor with Mt. Hayes of the Alaska Range in the distance. 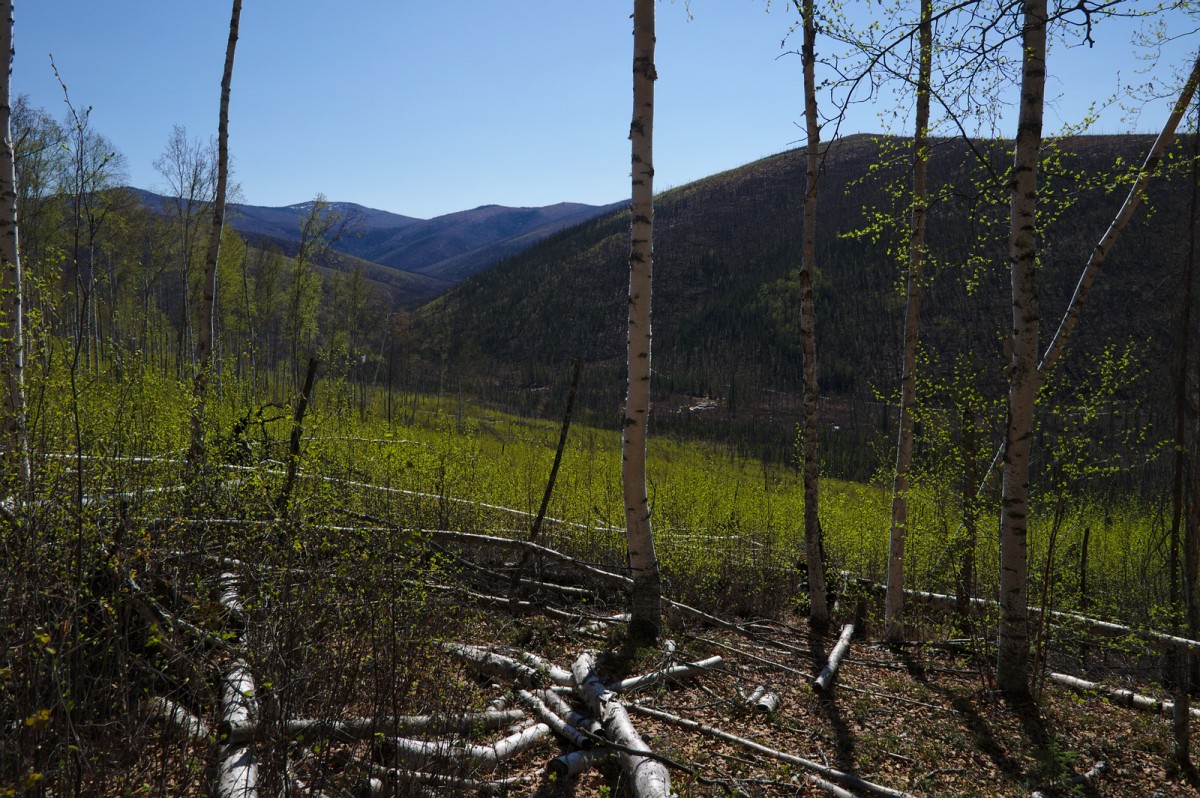 On our way down everything was turning very green, especially the birch. Every time we stopped I would start having a sneezing fit.

Like I said, I didn’t take a whole lot of pictures on the descent. Most of the time we were in dense willow and couldn’t see anything anyway. This trip was great, despite being a bit sore during and after. I’m really excited to head out there again, hopefully in the autumn to see the foliage change. I really need to thank Robin for getting the ball rolling on this trip and to everyone else who came along for making it really fun. I took too many photos to post here, but if you’d like to see more (and a ton of the Asgard Tor) you should check out my gallery here: https://photos.lwpetersen.com/Galleries/My-Alaska/Chena-Hot-Springs-Road/Granite-Tors/. I’ll probably add some more photos to it slowly (and I’m still captioning as of this post). How about another view of our campsite!

Our spectacular little campsite at the Granite Tors

The trail starts at mile 40 on Chena Hot Springs Road, crossing the river over the road bridge and then walking along a small stream on a boardwalk for a few miles. We did the loop backward from the “typical” way which made for a bit steeper of a hike to the ridge. The climb starts out gradual then buildt up enough to make my quads burn. A few hours in we detoured from the trail to avoid postholing in deep snow until gaining the ridge and arriving at the first set of tors. From there we wandering the ridge, found a campsite, ate some food, and wandered some more until I decided was time to sleep.

Your pictures really do it justice! Well done