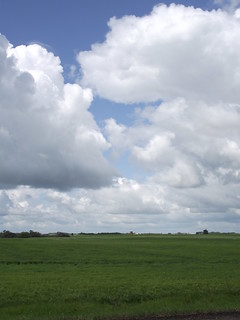 We finally get a short day of driving. According to AAA Tripticks it’s only going to be about an eight hour drive. Since the odometer hit 3500 miles today, it’s also a good day for an oil change in Saskatoon. Unfortunately, the oil change in Saskatoon set us back 50 bucks, and I’m pretty sure they didn’t do anything.

Saskatchewan is a mixed up province in my eyes. It is a gorgeous place, except for a few/many horrific scars in its landscape. There’s a lot of oil being pumped from the ground, which I am ok with to a point. They typically only take up a few tens of square feet of land on a farm. Even though they are unsightly and not environmentally friendly, they are at least a temporary source of revenue for the stressed farmers. Given the current situation with deepwater drilling, this seems a bit more ok in my eyes. As I stated before, the real horror is in the oil sands or tar sands operation. I don’t really know how to describe it. It looks like they took about two or three hundred farms, turned the land upside down, about 30-40 feet deep, scraped as much oil as they could and left it to move on to some more farmland down the road. The remaining oil/tar/chemicals are left to run off into the local rivers and streams. 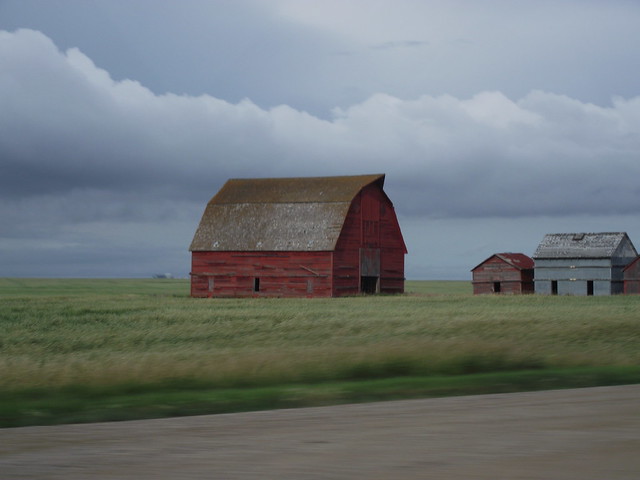 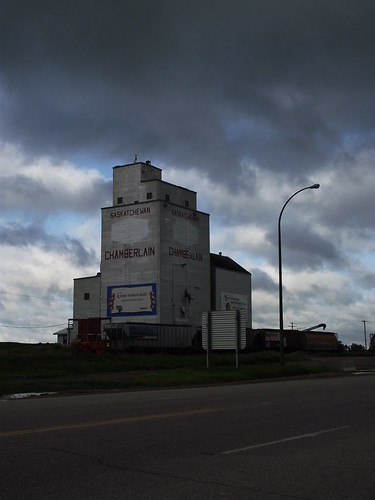 Other than that, Saskatchewan seems to be mostly canola fields, grasses and old farms. The canola fields really a quite pretty green and sparkling yellow in the Sun. The mills and grain elevators are really cool to look at too.

I was surprised arriving in Edmonton. It didn’t look like the beautiful city in the ads.Rather, the oil refinery in the foreground completely blocked the view of the city. Edmonton itself didn’t look so bad, but holy energy production Batman, Midwestern Canada is much different than I had expected.

Leaning Trees
Leaning trees in Fairbanks, Alaska I've come across a lot of drunken forests in Alaska, but something different is happening this winter. For those that don't know, drunken forests refer...
43 Likes