I have a lot of new pictures I would like to share, I hope you don’t mind. Jason and Alex, fellow grad students, and I drove up to Murphy Dome to try to photograph the aurora. We barely got much of a show, and it only lasted for about 15 minutes, but still managed to take many great photos. When we first arrived, about two hours after sunset, we had a very nice view of Denali as it was sticking up into the clouds. The color in the sky was incredible. The Sun sets at such a low angle, that it stays light out for hours after it dips below the horizon. 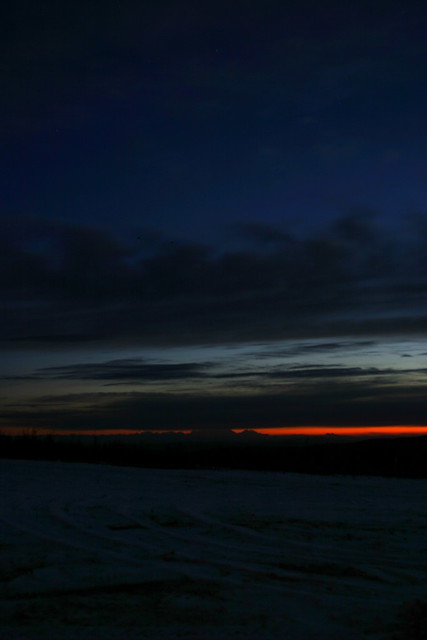 Denali after sunset from Murphy Dome. 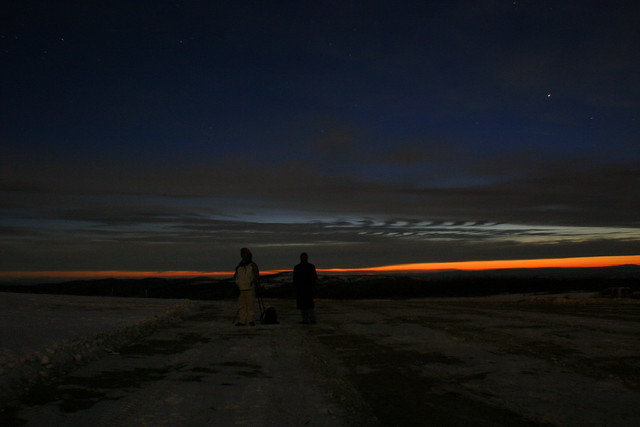 Jason and Alex at the top of Murphy Dome, about 30 minutes northwest of Fairbanks.

At the top of Murphy Dome is a giant radar tower operated by the Army Air Force. There was once an Air Force Base in the 50’s and multiple radars for use with the nike missile system. At night it makes a nice photo subject, especially when it’s inside a 22 degree halo from the full moon. The back-side is almost totally open, and it’s apparently a little over 2900 vertical feet. There used to be a tow rope in place, but it is now gone. I have now decided that tele-skis are moving up on the priority list. There was about 6-10 inches of snow that we were trudging through, but still quite a few blueberry bushes sticking through, so it’s not quite ski-able yet. 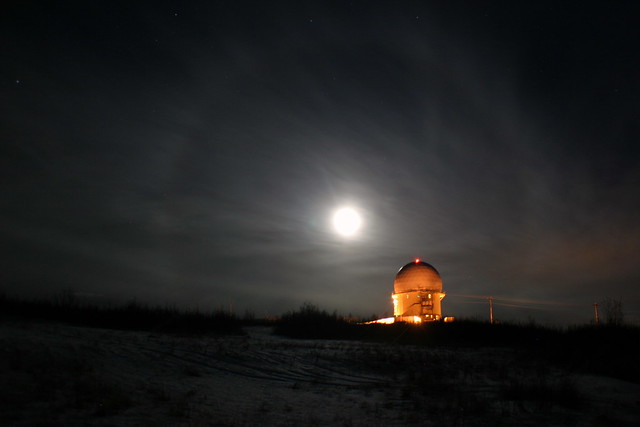 Even though it was slightly overcast and the full moon was incredibly bright, the northern lights still made an appearance, albeit brief. It actually must have been pretty bright to be able to see it in these conditions. It was even visible within the moon’s halo for a few minutes. 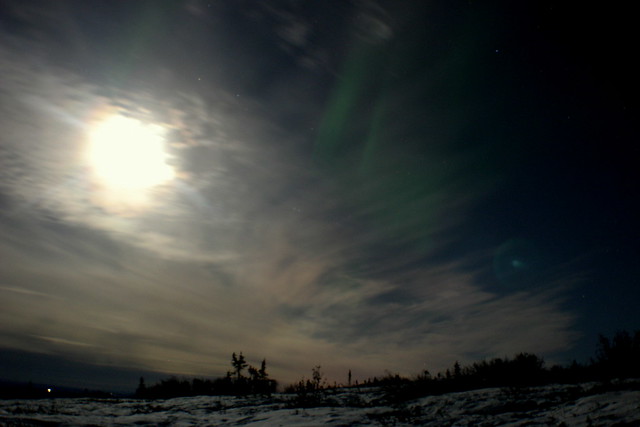 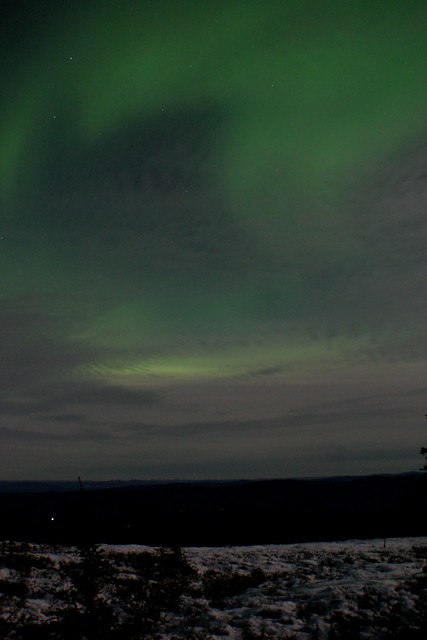 Aurora, again showing behind the clouds. There are more pictures from this evening up on flickr.
I'm also on Patreon