The weather has really taken a turn the last few days. It has even been getting above freezing in the daytime and it has been wonderful to be able to walk around outside without a jacket. Now that the equinox has passed the days are getting long fast. The major buzz-kill is that two Sundays ago we had to set our clocks forward an hour, something I wish Alaska didn’t participate in. This is not fun for aurora watchers in the interior of Alaska. Last night it did not get totally dark until about 11pm. Even then there was still some orange in the sky if you looked to the northwest. The midnight Sun is fast approaching and aurora season is almost over. Now that solar noon is 2pm here, we have to stay up and out really late to see the northern lights. I guess that just means it is time to switch focus and find some color between in all the white snow and brown and gray trees.

Since I haven’t made decisions on what is going to be in my “project 366” for the week I thought I’d post a few random pictures from last week. 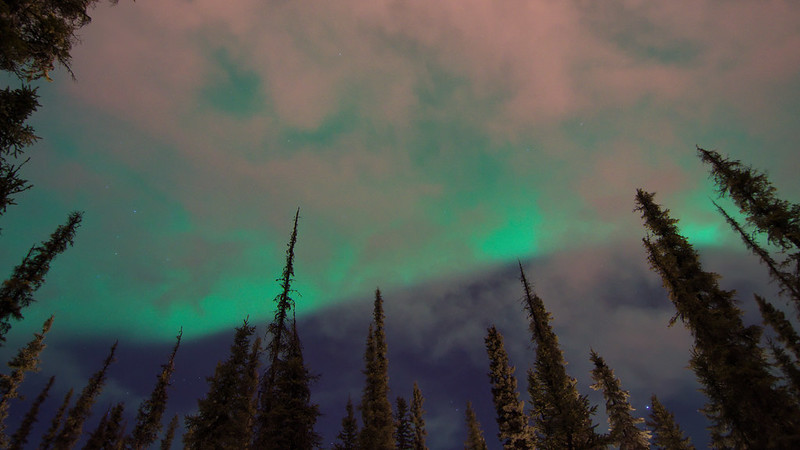 I was excited last night because all the cameras were showing great aurora all over Canada and northern AK. The weather forecast was promising, but all I witnessed was more and more clouds rolling in. Still, the sky made some nice scenes for us, so I can’t complain too much. 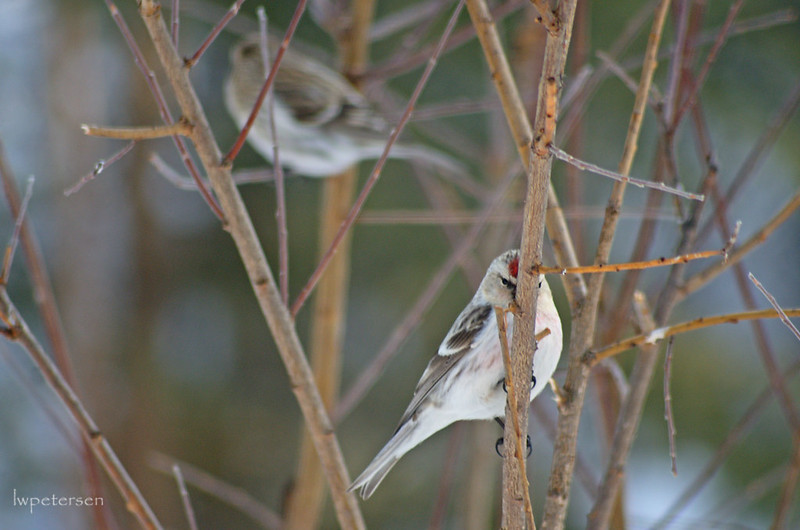 A hoary redpoll hides behind a branch, common redpoll in the background. They are of the few bird species that stick around Fairbanks through the winter. 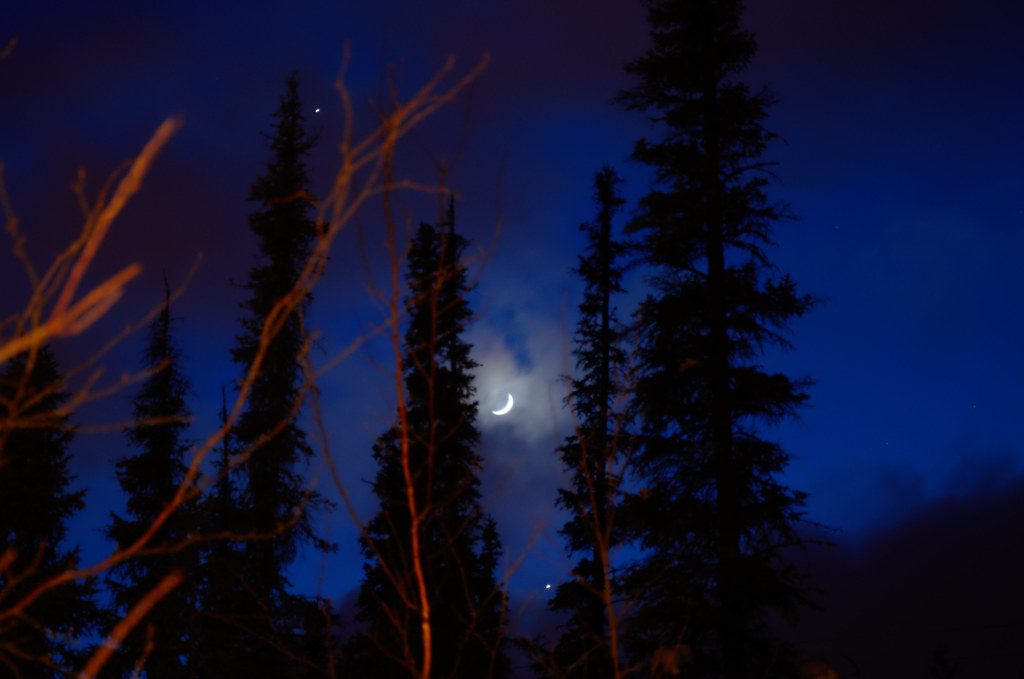 Conjunction of Venus, the moon and Jupiter on March 25th. I was not ready for how fast the clouds moved in and had to rush this one. A few seconds later only the moon could be seen. I was really hoping to be able to get more shots. 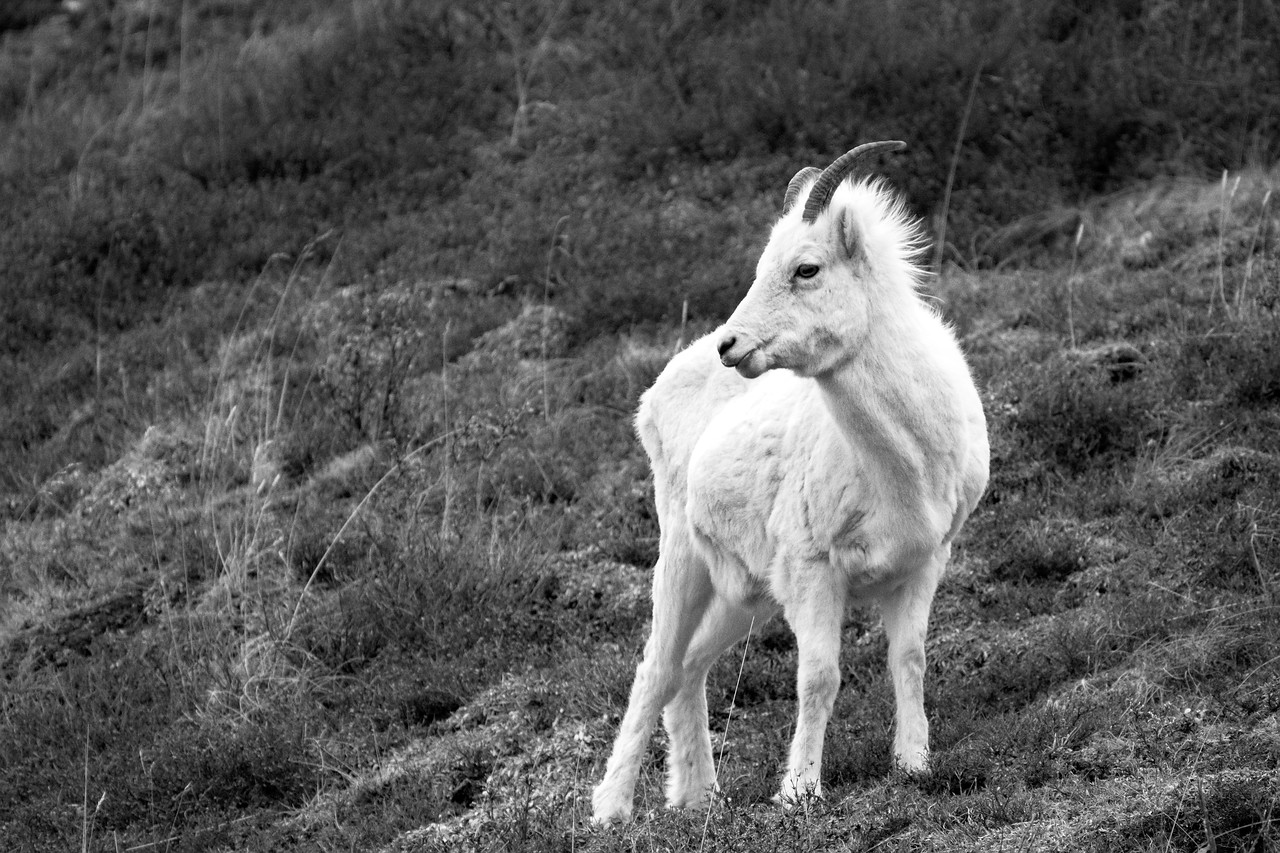 Biking the Park Road
Three day bike tour in Denali National Park before the tourist season opens. Dall sheep, grizzly bears, and ptarmigan were spotted among other animals along with some beautiful vistas.
131 Likes 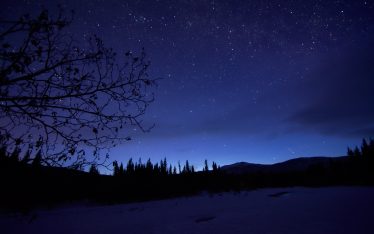 Photo of the Week – “Night Sky over the Chena”
On March 20th there was a coronal mass ejection resulting from a solar flare. It was thought that it was partially earth-directed and that it may result in a G2...
272 Likes 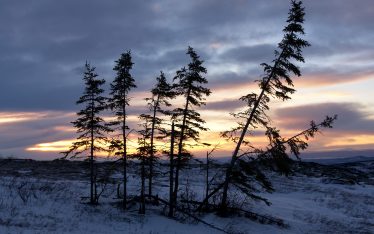 Spruce Over the Years
I think 2012 was the first year I photographed this little stand of spruce trees on Murphy Dome. I have kept returning to this spot over the years that I've...
278 Likes