No Darkness for Us


A few days ago I mentioned that it is staying twilight until really late. My friend Jason pointed out on facebook today that as of yesterday the Sun no longer goes lower than 18° below the horizon. By the definitions given by the U.S. Naval observatory, this means that at the darkest part of the night we are officially in ‘astronomical twilight’.

I took a few screenshots from Stellarium to illustrate the geometry: 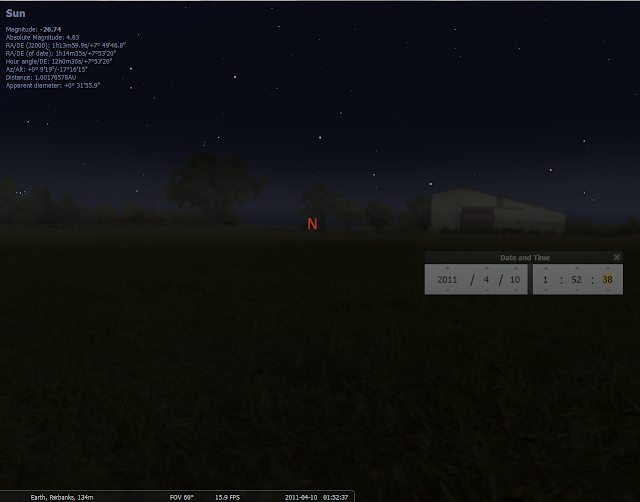 At solar midnight, the Sun will be located somewhere behind the horizon in the north direction.

If you take away the ground, the ‘elevation’ of the Sun behind the horizon can be seen: 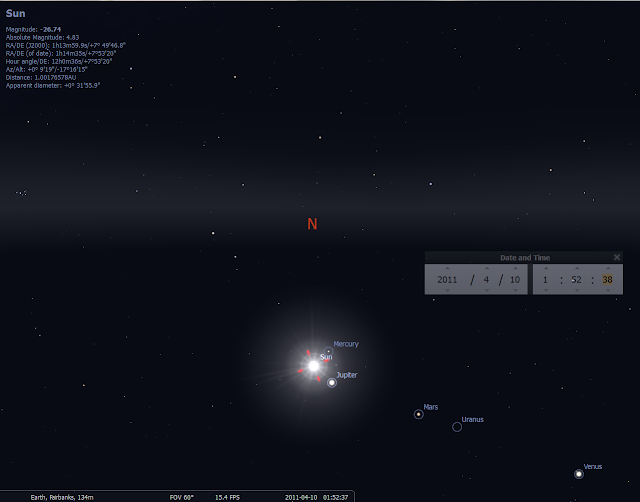 As we move toward summer solstice the Sun will keep getting closer and closer to the horizon until it is only about 2&#0176 below the horizon. If you drive a little further north to the arctic circle the Sun won’t even set, it will just do a little bounce off the horizon on the solstice.