I noticed this morning that the light outside was getting to be pretty remarkable around 9:30, even for Fairbanks. It’s still cold, about -40&#0176 F. I went out to take some pictures despite the fact I wasn’t really dressed for it. The slight frostbite on my right hand is slowly getting better which makes me happy. 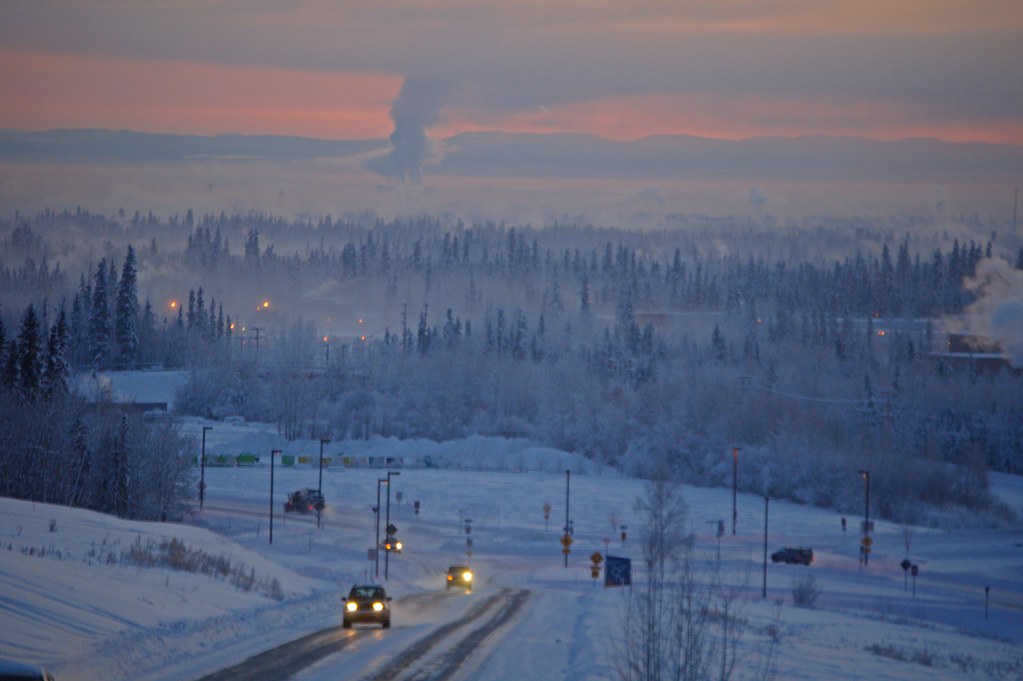 The ice-fog filled, 40 below town of Fairbanks. This was taken from UAF near the Geophysical Institute and the entrance to the ski trails.

Purchase Print or License | The moon beginning its descent over Geist Road.

Purchase Prints or License | The purple outline of Mt. Hayes and the Alaska Range appears to the south.

As I was taking pictures, one of the UAF bus drivers stopped, opened his doors, yelled something, and pointed. I thought he was pointing at me, so like an idiot I kept asking him ‘what?’ Then I realized he was pointing at smoke off in the distance. I’m not yet sure what it’s from, but it must have been big. There were many fire engines leaving Fairbanks by way of the Parks with sirens on. I imagine it was related to this plume. 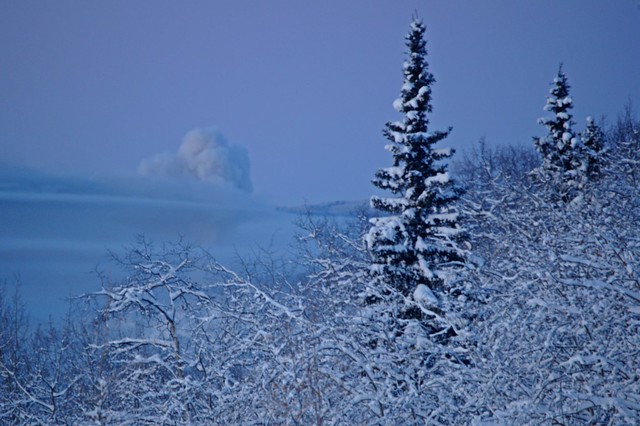 I’ll post an update if I hear what’s going on.

thank you for the pic’s I see its Winter in the far north. Yesterday we were placing a slab for anew building at Orange community college in Middletown,ny. Its what we call a slab on grade. about 10,000 sq. feet. the temperature was about 20 degrees at 7 am when we started the wind picked up and the clouds rolled in most of the day. when asked the inspector said it was about 5 degrees with wind chill at 4 pm. and we have been out all day with only brief momments to get warn in our cars or trailer. come sun down the were setting up the lights and i was calling it quits . i just couldnt take anymore .leave it to the young guys.! People ask why we do this kind of work in such cold weather .Its just how the schedule go’s. Slightly insane. 40 below ,now thankd. again thanks for the pic, keep up the good work