Good Thing This Place is so Pretty


Because, man it’s cold. Last night I stood outside for a little over an hour just to get a few aurora shots as the temperature dropped to -30&deg F. I thought to myself as the clocked crossed over the midnight mark and it became March of 2011, ‘this can’t keep up much longer, right?’ Of course, this week is not going to change much. The temperature forecast is -20&deg F for the lows and 0 to +10&deg daytime highs for the next week. At least I get to see this stuff from our front yard: 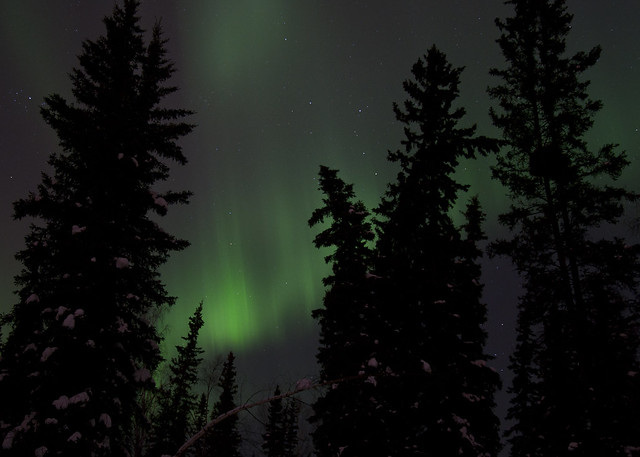 I’m a little torn because I like the cold, I just don’t feel like I like it this much. We’ve had 20 below temperatures in November, December, January, February, and now March. When I moved to Minnesota I thought things couldn’t get much colder than that. I was wrong, oh man, I was so wrong. I’m originally from Ohio where it drops below zero once every few years and school is canceled; here kids don’t have to stay in for recess until it drops below -20&deg F.

Pretty soon this gorgeous aurora is going to be replaced by the midnight Sun. Already the Sun is rising almost due west! In about three weeks it will be due west as we pass over the equinox, and then shortly after we will have more daylight than you! (Unless you happen to live in Barrow or other points north of Fairbanks). 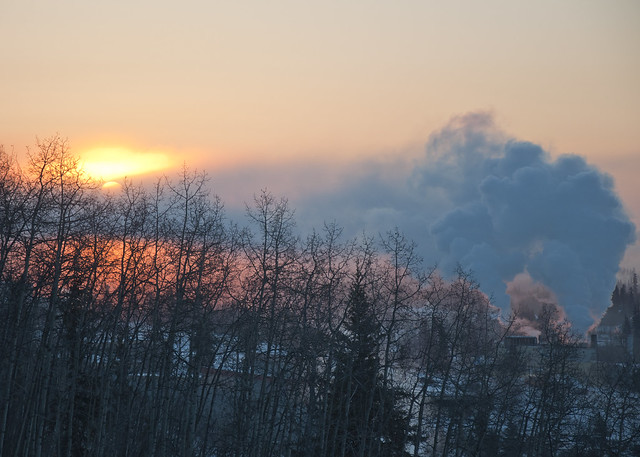 I’m looking forward to skiing over spring break and I definitely have a renewed love of winter, but it would also be nice to see some green grass again. It’s cool that we are out of the -40&deg range, unless something crazy happens and we set some records, but it’s still more than a month before things really start to thaw and the rivers break up. Which reminds me, I think I’ll be headed to the tripod raising at Nenana this weekend. More on that later.