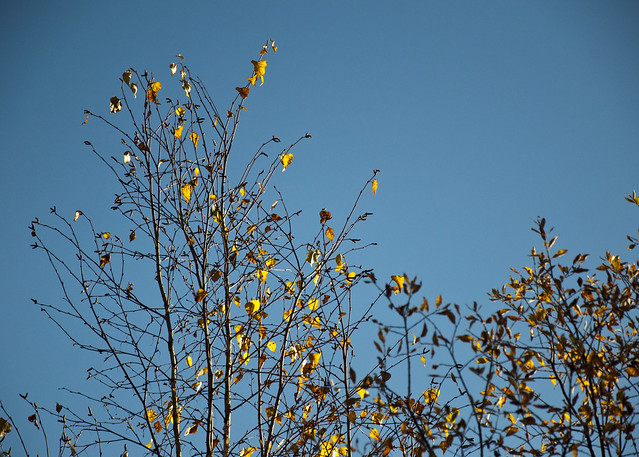 The leaves around the house are almost totally gone!
It is here again, the autumnal equinox. The equinox officially occurs on September 23 at 9:04 am UTC. As it passes us by, normal length days begin to fade away as well. Nobody can stop it from happening. For us this means that winter will be here within weeks. It is a solemn occasion since summer is so brief here, but there is a hidden excitement for winter too. Fairbanks is pretty when it is covered in snow and the aurora shows up almost every clear night. Also, skiing and snowshoeing can happen. Many more areas become accessible by foot in the winter months . . . because Alaska is a giant swamp. 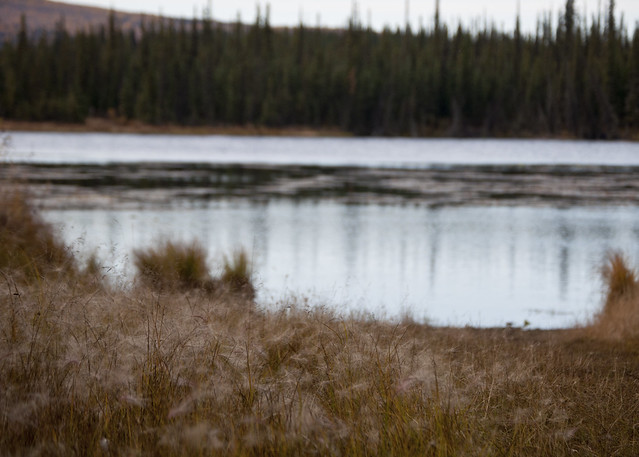 I took a walk to Smith Lake yesterday with some friends. It was pretty nice, but I left with sopping wet shoes.
Our autumn really ends around the first or second week of autumn if you define the winter as beginning once snow is on the ground. We once again had temperatures above average for late summer which has been really nice. The forecast for the week is telling us to get ready though; one more day in the sixties, a few days of fifties then the highs are in the forties. I’ll bet we won’t see 60°F again until April or May. Snow showers are already in the forecast in the coming days. It won’t stick at all, but things are going to start freezing.