Every year in April, we welcome our winged friends back to the Alaska interior. After our long, cold, dark winters, they are a sure sign that change is here. Around the same time, the daylight hours start to feel “normal,” the snow from October is finally starting to melt, multiple layers of clothing are no longer required to take the dog out, and the car can finally be unplugged from the head bolt. It’s a special time for Fairbanksans.

Typically we’ll hear about the sighting of a snow bunting, one of the first arrivals, in late March or early April. The much easier to spot Canada geese follow shortly thereafter. But, it’s the sandhill cranes that seem to mark the spring-summer season to locals. And they’re typically on the heels of the geese.

With the cranes, come the swans. Then the songbirds start singing again, the ponds and lakes start to open as more waterfowl arrive. Spring migration is in full effect. The sky fills with birds. Sometimes it’s a bit jaw-dropping.

Within Fairbanks is a wildlife reserve known as Creamer’s Field & Migratory Waterfowl Refuge. Every spring, the road crews from the Fairbanks International Airport clear strips in the snow at Creamer’s Field, and other volunteers lay down seeds and grain to attract the migrating birds. This helps keep the birds off the runways where they could do some serious damage. Much of the town frequent the refuge to watch the return. As the snow and surrounding lakes continue to thaw, the birds at Creamer’s thin, and you can find many of the paired birds elsewhere preparing to nest.

This spring I learned that the Alaska Songbird Institute was doing a birding challenge for May. I figured it would be a fun thing to do in the mornings before work, especially since I typically photograph a lot of birds in the spring anyway. I printed off their introductory and expert level lists and headed out to start checking off boxes.

Well, oh my gosh, I apparently LOVE checking off boxes! I had the bug. Every morning I’d go to a different pond or wetland and find a place to crouch down in the bushes. And wait. So much waiting. More than once spending over two hours sitting in wet mud, trying to keep my motion as small as possible to avoid scaring away the ducks and shorebirds. Many were way too edgy to let me get even remotely close for taking photos. The buffleheads and the northern shovelheads were nearly impossible to photograph, as they would skedaddle the moment they noticed a human was present at the pond. A few weren’t quite as skittish. The horned grebes tended to be moderately brave, frequently swimming up to me at a tolerable distance and chirping up a stink. A couple of mallards at Smith Lake probably thought I was going to feed them as they beelined it toward me the second I walked to the shore. After they realized I wasn’t providing food, a green-winged teal landed in the water near me and swam in circles while chatting up a storm. I named him ChattyMcChatterbox.

By the end of the month, I had not completed either birds list, even as much as I liked checking off the boxes. The only bird missing off the introductory list was the Hammond’s Flycatcher. Technically, I’m almost certain I saw one at Fielding Lake, but I was still in the car, and it came and went so fast I couldn’t be sure enough that it was. The expert level list had a few more blank boxes. I still haven’t seen any loons this year, and I’ve never seen a varied thrush in Fairbanks in my 11 years here.

I’m only a little sad about not completing the lists. The better reward was the practice at bird and wildlife photography! Big mammals tend to be easy to get good photos of. Small, jumpy birds that never sit still for more than a millisecond are a bit more challenging. I got a lot of practice and took up a lot of hard drive space with missed shots!

It’s almost embarrassing how much time I spent crouched at Creamer’s Field and at the seasonal wetlands ponds trying to get photos of the tree swallows and violet-green swallows in flight. They are such beautiful birds, so incredibly fast, and follow absolutely no predictable flight pattern whatsoever.

I did see a few birds that I had had never seen in the Fairbanks area before (and conveniently were not on my lists). All were at Smith Lake. Early in May, a very not shy three-toed woodpecker was foraging in some downed spruce on the southeast side of the lake. Later in the month, there were some surf scoters and white-winged scoters hanging out in the middle of the lake. They were a bit too far out to get any good shots, but I managed to at least get some identifying photos of them! 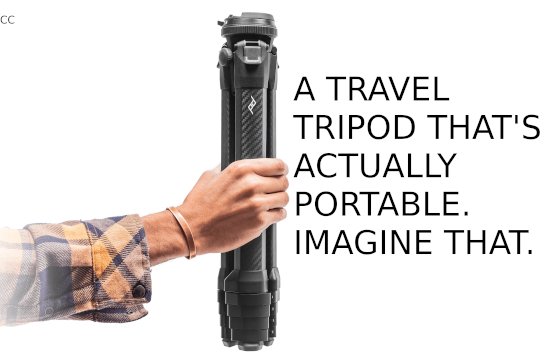 Also, in late May, I took a day trip down to Denali National Park. Hiking south, paralleling the Savage River, there were numerous Willow ptarmigans in mixed plumage. I was crossing a stream back into the Mountain Vista Trails area on my way back, and there was a pair of Harlequin ducks playing in the rapids. They were not shy at all! They would waddle, push, and swim upstream to within a few feet of me before riding the rapids back down. They did this about 4 times before floating further downstream. I’m not sure if they were playing or showing off.

These have been only a small portion of the hundreds of bird photos I have taken this year (mostly from May). Check out the full gallery at the button below!