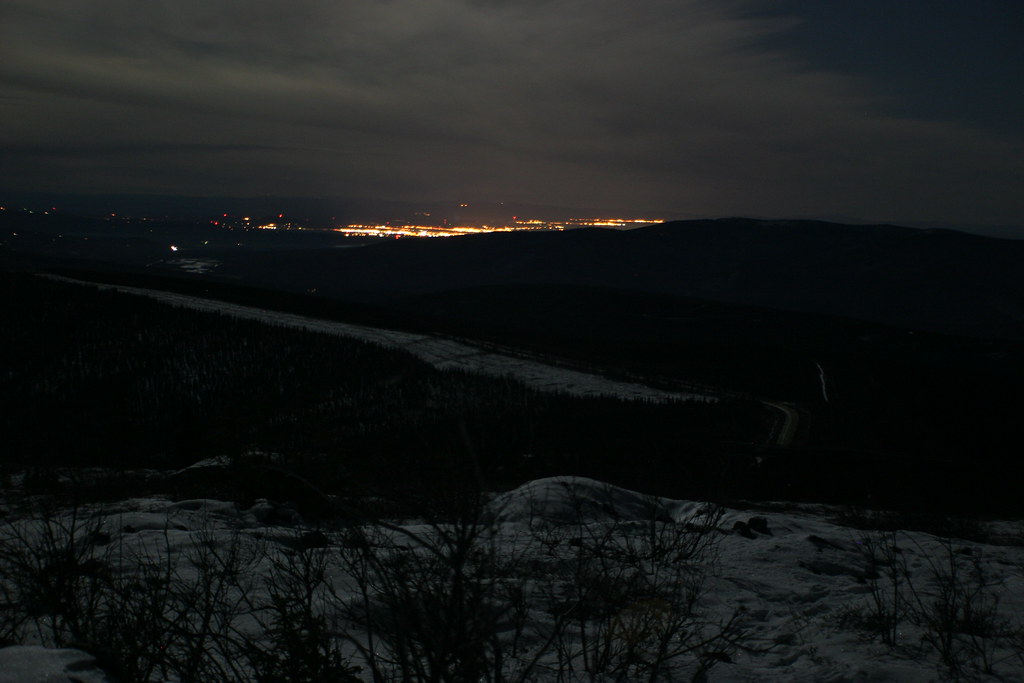 Night view of Fairbanks from the top of Murphy Dome.

Kate and I haven’t spent a whole lot of time in Fairbanks since getting here. So, we thought it would be a good day to go into town and explore a little bit. It was a really quiet Sunday; no traffic and very few people. It started to snow pretty heavily, which is good because we definitely need it. It has been abnormally warm and dry lately.

Along the Chena River on the north side of town is a little park. There is a milepost sign there with the distance to most of the world’s large cities. It’s fun to know that we are closer to Paris, Honolulu, and Moscow than we are to New York. Also, the state is really big. Fairbanks is pretty central to the state. Even though we are in the middle, Fairbanks is still 489 miles from Prudhoe Bay on the northern coast.

***Correction: I thought something was a little off on this sign since it basically says that Montreal is about 1500 miles from New York, which I know it is not. Turns out that some of the distances are by road, others are the way the Crow flies. New York is actually a little over 3250 miles away, while Moscow is almost 1000 miles further (over the pole). I wonder if the city knows. Well, I guess whoever planned the sign didn’t really know what he/she was doing. Honolulu is still closer though.*** 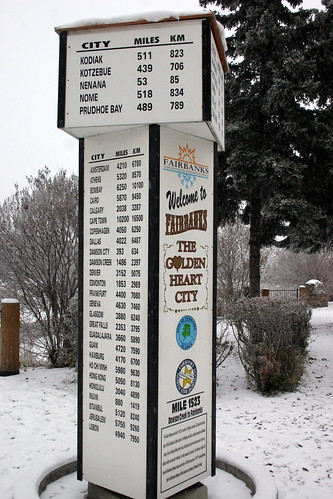 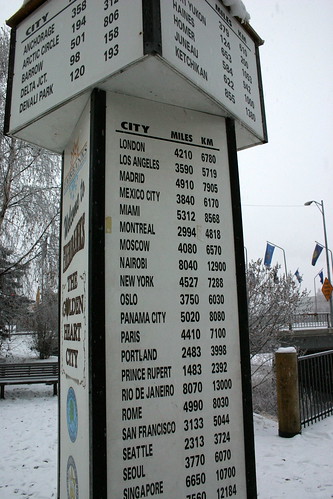 There is also a WWII memorial commemorating the pilots that flew one of the most dangerous air routes to the fronts with Germany. American pilots flew across the U.S. and Canada, then Soviet pilots flew from Fairbanks, over the Bering Straight, and across Siberia. That’s a haul. Kate brushed of the inscription, a quote of President Roosevelt, “The structure of world peace cannot be the work of one man; or one party; or one nation. . . . It must be a peace that rests on the cooperative effort of the whole world.” I like it. 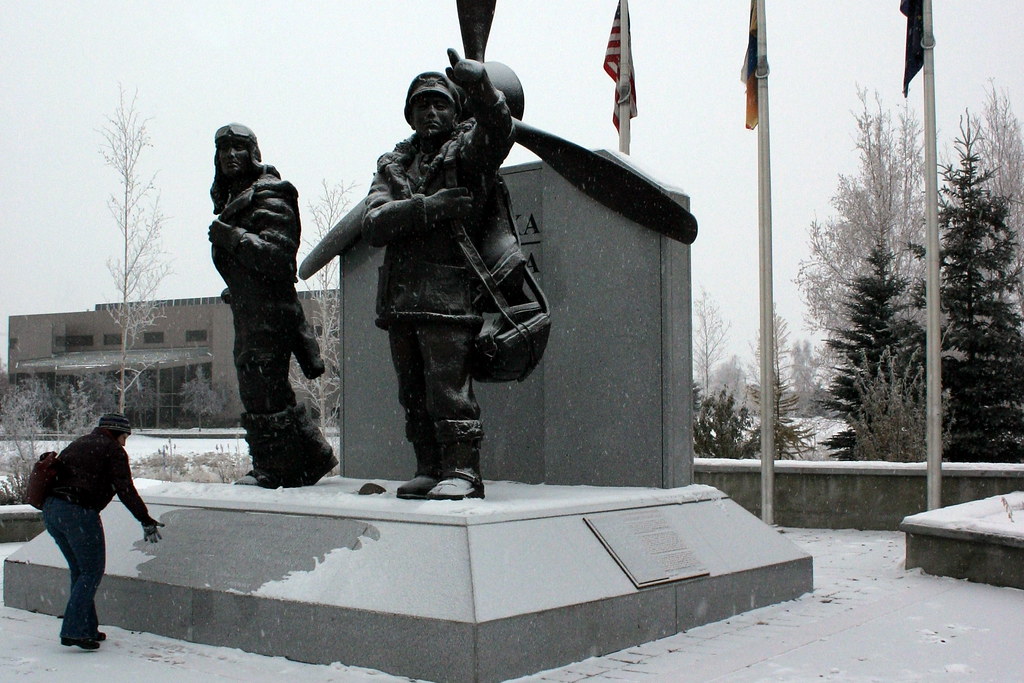 Kate brushing off the Roosevelt inscription on the Alaska Siberia Memorial.

Oh, and then we went to the grocery store. Guess what . . . it’s Alaskan King Crab season. We got a little bit, it was really good. I like it too. Otis also got (more than) his share.

It was a really fun day. I took quite a few pictures, most of which are up on flickr now in a Fairbanks page. 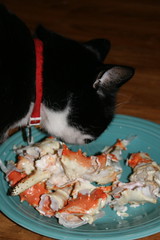 Did you find how far “New Delhi” is ?

Love the pic of Otis & crab. Your dad’s favorite crab was Dungeness, a little sweeter and not as firm and found from the Aleutian Islands of AK to Santa Cruz, CA. Glad you two had a fun day. I love you. Mom XO

Leaning Trees
Leaning trees in Fairbanks, Alaska I've come across a lot of drunken forests in Alaska, but something different is happening this winter. For those that don't know, drunken forests refer...
44 Likes