You know I’ve been busy when I haven’t had time to blog about wildlife encounters. First Kate and I saw two white-winged crossbills. Kate wants to post about them, so I’ll just give this one picture from last week. 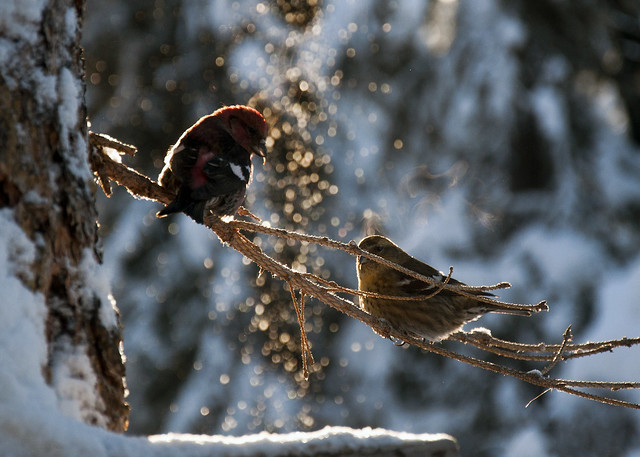 Magic snow falls from the tree as we watch the birds breathing in -30° F weather.

Then there was the moose encounter at school. Let me start by saying that moose temperament is different out in the woods by our house than it is around buildings and a lot of people. They don’t care about me at the house, but they definitely don’t like lots of people and people stuff. 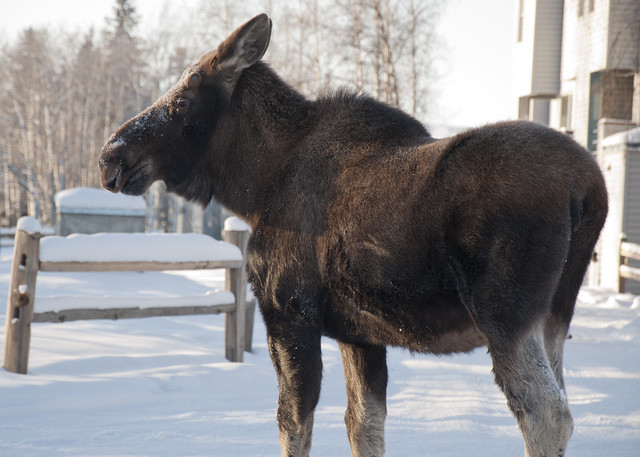 This bull charged Jason and I even though we were keeping our distance. Then it ran at Manbharat and a few other students that were watching it by their doors. He wasn’t overly aggressive, but he definitely made it known that we were in his personal space. Right before he charged me I got this shot that looks like he is watching his reflection in the window. He’s actually just looking at that plant with leaves on it down below him, but it was funny anyway. 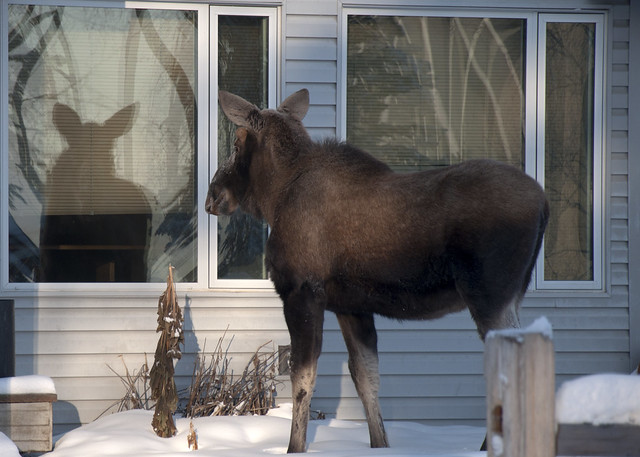 Once he got to a place where he didn’t feel cornered by the building his focus returned to eating and not on what we were doing over by the parking lot. 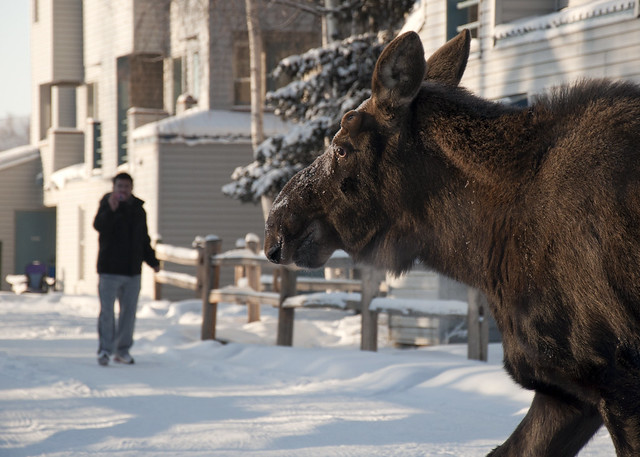 2021 Wildflower Season
As I'm wrapping up photos and info from the 2021 wildflower season, I wanted to write a post on the work that goes into my Alaska Wildflower Guide and some...
2 Likes