Valentine’s Day is over and in standard form, I am sick. After a day of deteriorating health, Kate has talked me into staying at home today. Since I’m coughing, sneezing, my nose won’t seem to stop running and I feel disgusting, that idea sits well with me.

After I opened Kate’s presents of camera goodies last night we were treated to a really nice surprise; the aurora came out early! So early that even Kate was able to go outside to watch! There were some incredibly brilliant moments during this show. Unfortunately, with my head in a different place full of cold medicine I wasn’t on the top of my game while shooting the skies. At one point I knocked the camera out of focus for about 10 minutes and didn’t realize it (next time I’ll remember tape). Another time I thought I was going to do timelapse and switched over to jpeg mode from RAW (.NEF), changed my mind, forgot to switch back and now I have a bunch of low resolution and blurry shots. It was not a very successful photo shoot. I’ll write this one off to the head-cold. Here’s a few of the shots that I did manage to get through the sick, medicinal haze: 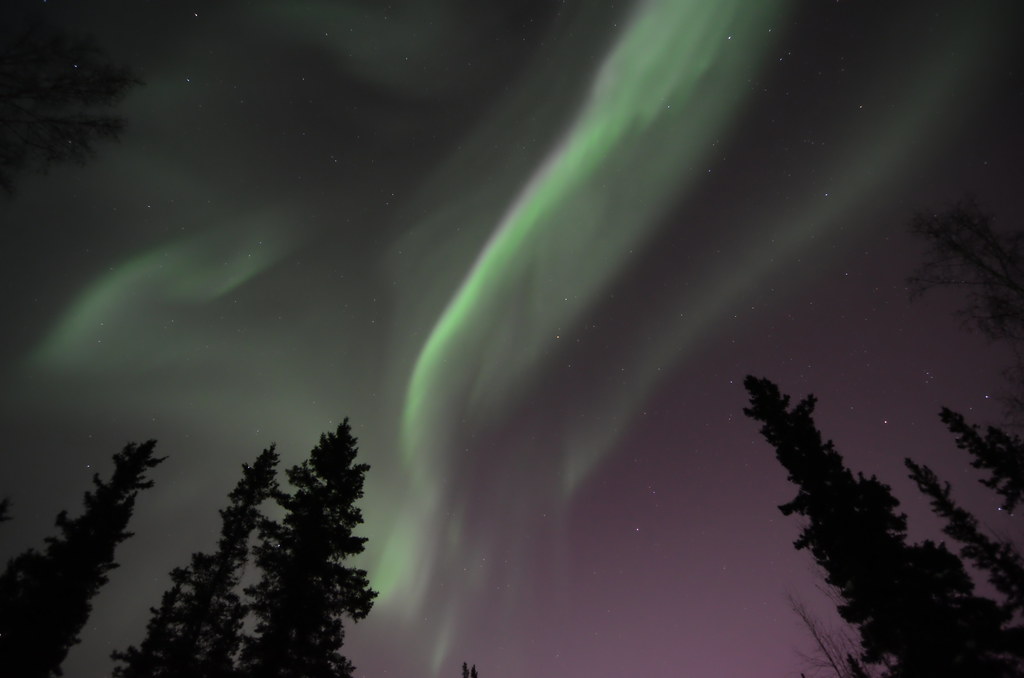 This is one of the few jpeg photos that turned out alright. 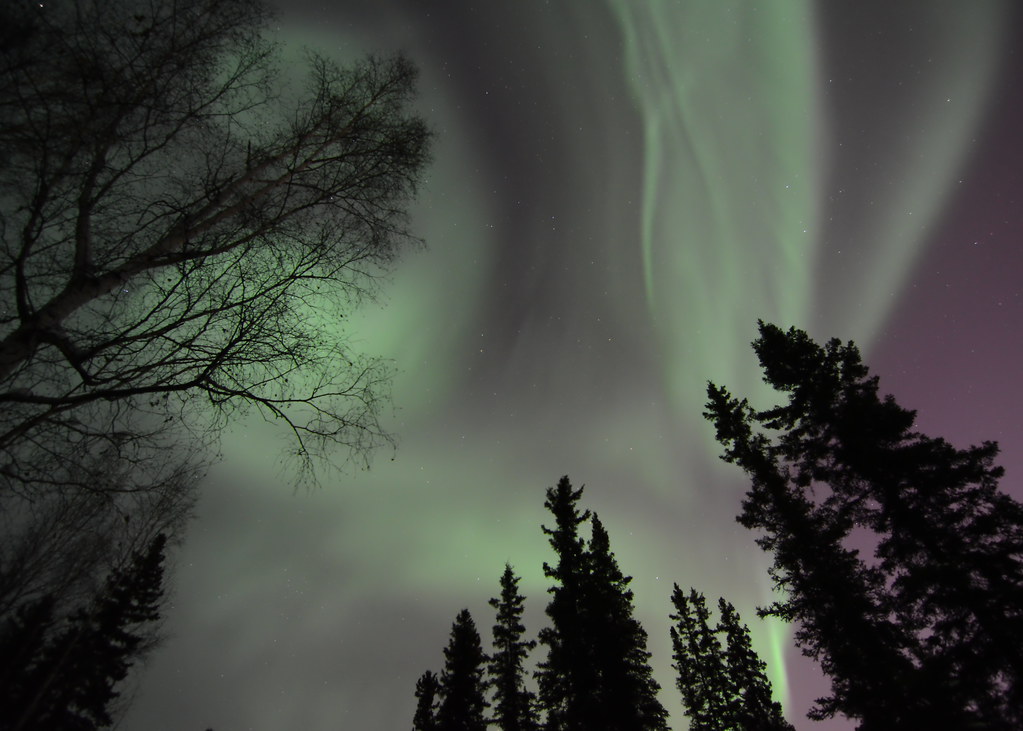 The aurora was moving and changing so fast, within a few seconds of there being bright bands of green and pink the whole sky became covered and diffuse. About a minute later there were bright bands again. The aurora is amazing to watch when it’s this active, but hard to know which way to point the camera. I chose up. 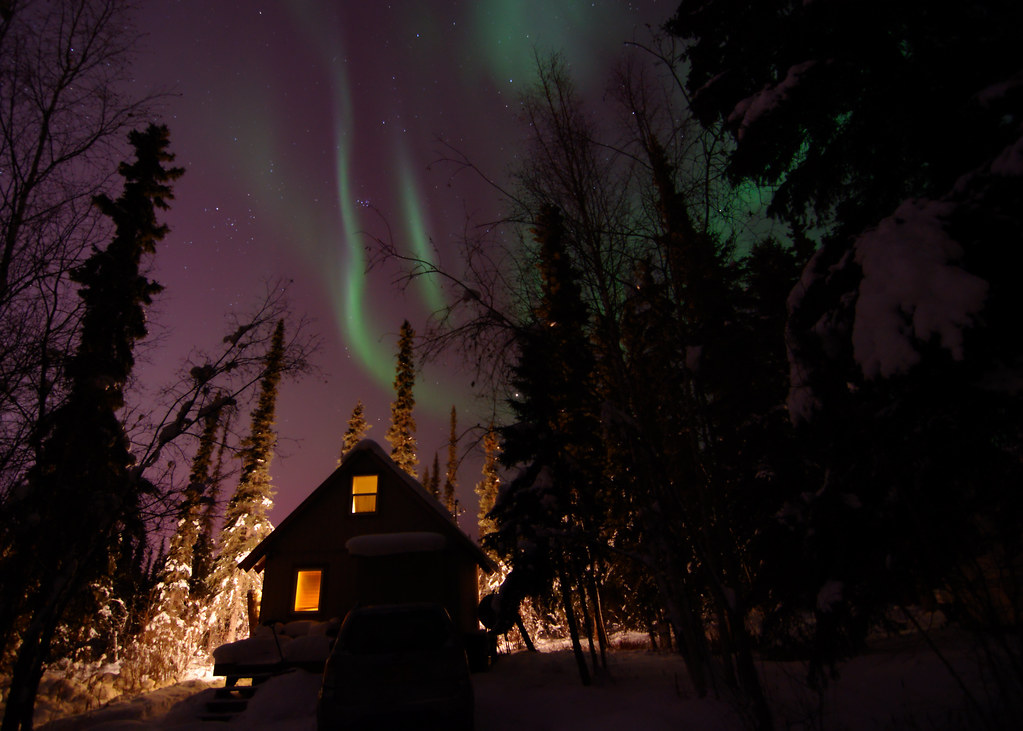 This had a sort of eerie, creepy feel to it. Like some green snakes were coming out of the sky to take over our little home. 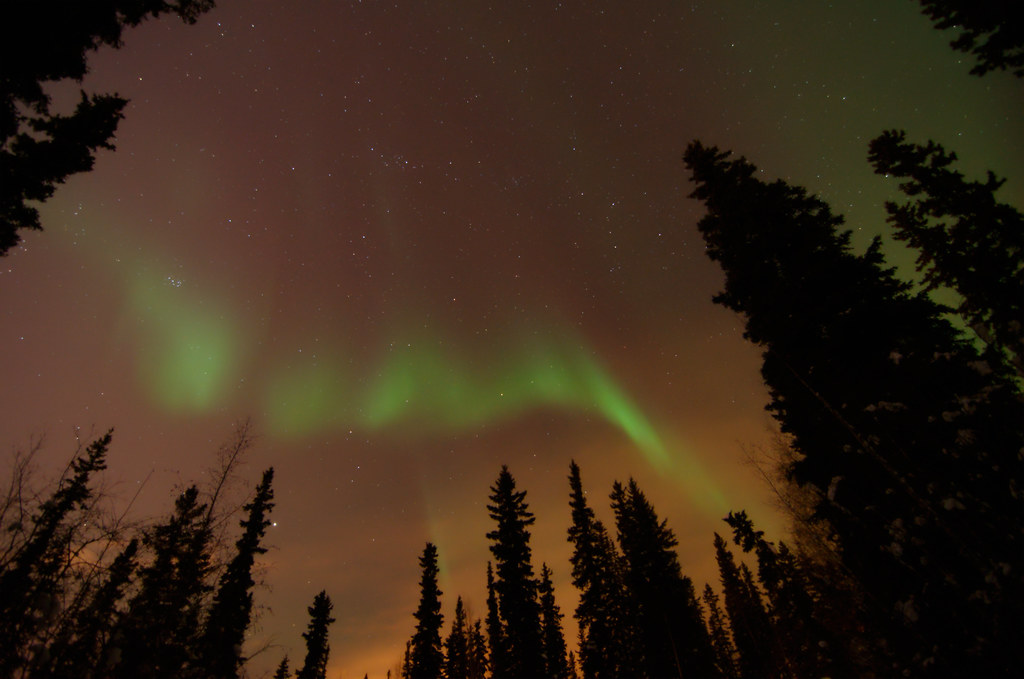 It would have been a good night to head south to the Alaska Range. Living just north of Fairbanks we get those purple and orange skies due to low clouds and light pollution from town. With the warmer temps and high humidity it was especially bad last night. 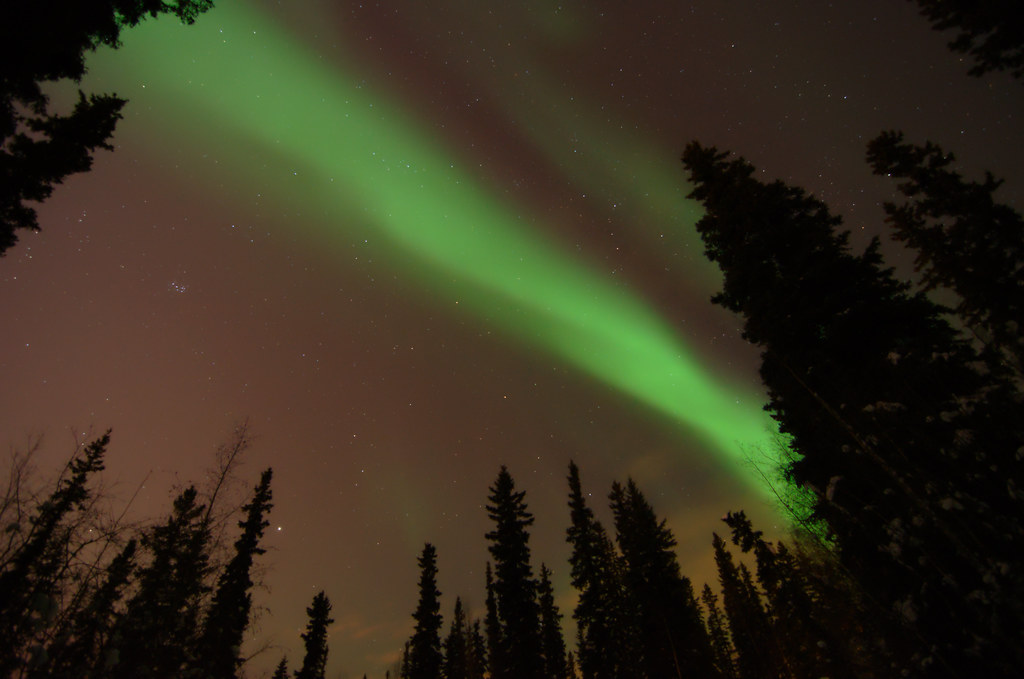 This picture was taken 3 minutes after the previous one, pointed in the same direction.

It was a happy Valentine's treat!

The picture of the cabin is so fantastic!

Early November Light
I'm always amazed at how fast the seasons change here in Fairbanks. Not just the weather but the daylight. It didn't even get fully dark at night three months ago....
167 Likes