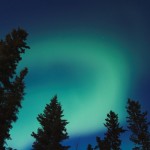 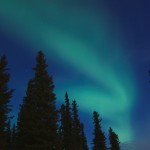 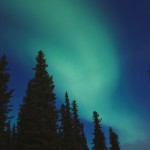 Tonight, under the twilight, the cobalt sky lit up with green highlights as the aurora exploded overhead. It all started a little before midnight, then I was out until 2am shooting the sky. Within minutes the bands developed some fantastic pinks and reds too! 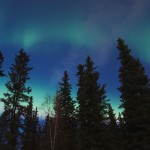 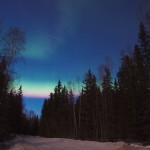 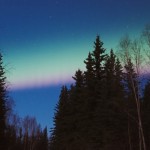 And all of this came before midnight! Shortly after 12am the sky became mostly dark (although in a couple weeks that cobalt will be as dark as it gets). Of course, this means that this might be the last great show we really get until September.

Once darkness set in the display really began. We did get some strong ‘moon dogs’ for a while. That was cool and pretty unique: 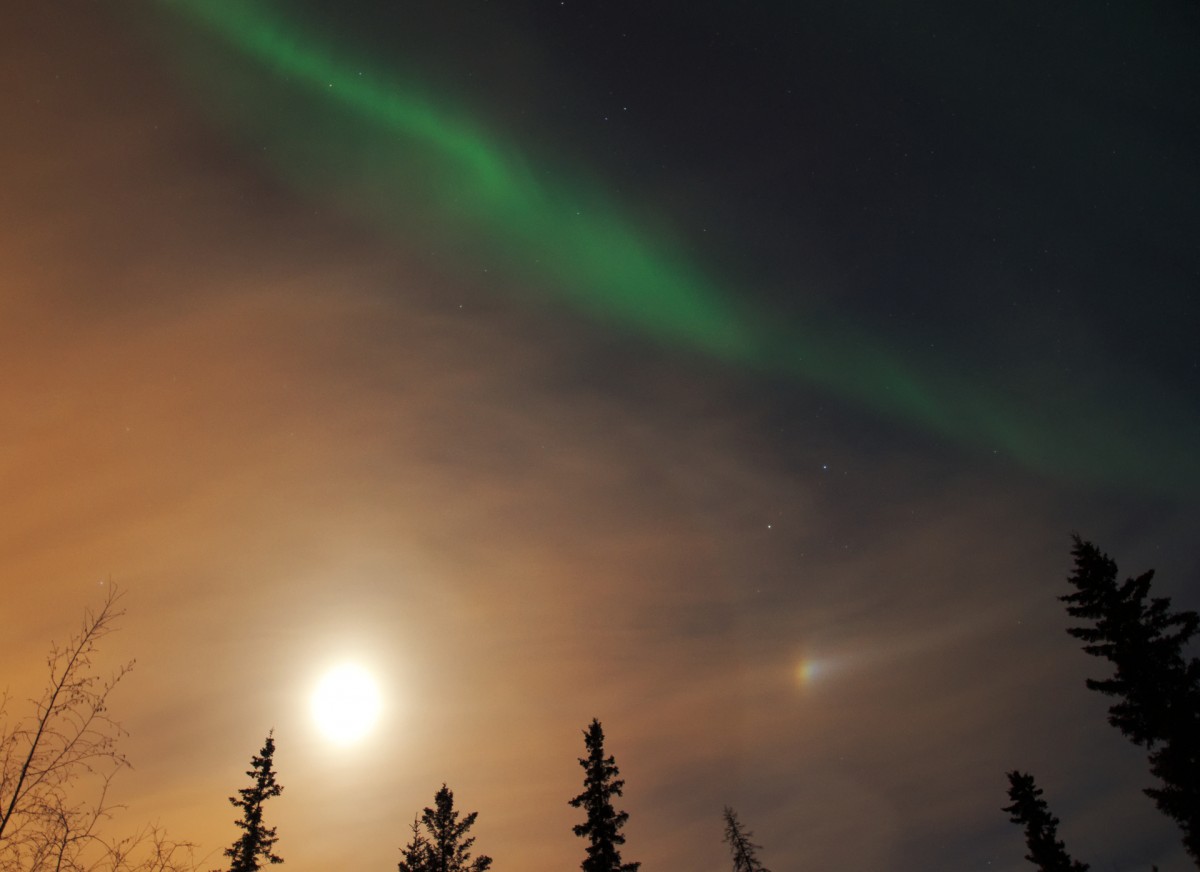 The aurora shines over the moon, a moon dog and part of a circumscribed halo

The interplay between the aurora, clouds and moon was really cool, and since the aurora was also super bright it could really compete with all the other lights in the sky. The motion was so fast at times I increased the ISO setting to a little over 1000 for many of the pictures and took 2 second exposures to capture some of the texture. The longer exposures wash out all the detail that you can see with your eyes. The high ISO makes the images a little grainier, but still not too bad. 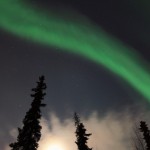 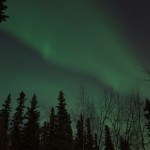 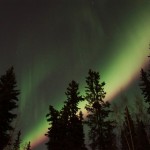 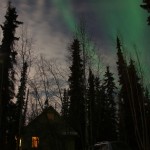 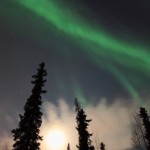 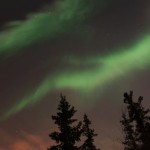 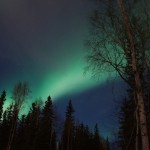 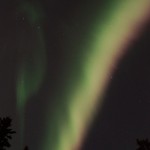 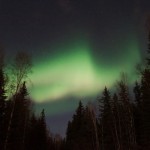 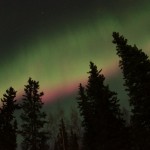 I have to say that as much as I am ready for the snow to melt and the temperatures to warm up, I’m really going to miss seeing the northern lights over the next couple of months. I can’t describe how cool it is to see them so bright and fantastic directly overhead. It was hard to crank the tripod back far enough last night. I was able to spend about 2 hours outside just watching, taking pictures, and enjoying the spring (not -40&#0176) air. It was truly a wonderful, wonderful time.

Early November Light
I'm always amazed at how fast the seasons change here in Fairbanks. Not just the weather but the daylight. It didn't even get fully dark at night three months ago....
168 Likes