A crevasse is a crack or fracture (in a glacier or ice sheet) caused by stress in the ice. The word crevasse can refer to fissures in other media as well (like earth), but this article focuses on those found in glaciers and ice sheets.

A crevasse is a near-vertical, V-shaped fissure in ice, common to all glaciers and ice sheets that can range from a few millimeters to many meters in thickness. A crevasse is a brittle structure arising as a result of the glacier ice undergoing extension. While glacier ice typically deforms like a plastic, if the stress is too high for the deformation, or creep to keep up with, crevasses are formed.

A crevasse that separates the ice of a moving glacier from the non-moving ice that is often attached to adjacent rock or mountainside is known as a bergschrund.

Seracs can form where two or more crevasses intersect. A serac is a large block or column of ice on a glacier that often becomes unstable due to melt, or steepness of the terrain.

An ice arch can form in serac regions where a hole may melt in thinner ice or the ice partially collapses. Transverse crevasses, crevasses that are perpendicular to the direction of ice flow are one of the most common crevasse types. They most often form in locations of velocity increase like where the terrain steepens.

En échelon crevasses are a series of often hook-shaped crevasses that occur as a result of rotational strain in the ice at an angle to the glacier margin. Chevron crevasses are similar, but at a constant angle with respect to the margin. Climbers and trekkers often find crevasses one of the trickiest and potentially dangerous aspects of glacier travel. Snow frequently covers crevasses and there can be little to no visible features from the surface revealing their locations. Weak snow bridges are a major falling danger to anyone traveling across a glacier surface. Because of this, when hiking above the snowline on a glacier, it is usually recommended to travel in a roped team where every member is knowledgeable and practiced in crevasse rescue and self-extraction.

Even below the snow line in summer, snow can bridge crevasses, glacial streams, and moulins. During these times it’s best to avoid walking over the often thin layers of snowpack.

Crevasses most often occur where the terrain angle steepens, i.e. concave in shape. This is where the stress or tension on the ice is greatest. They also frequently occur on the margins, near the edges of the glacier, where the mountain sidewalls slow down the moving ice on the lateral sides creating shear stress. This is especially true where the glacier is turning, on the outside edge of the curve, extension stress in the outside of the curve causing the radial crevasses. Additionally, longitudinal crevasses that run parallel to the direction of flow often occur in locations where the glacier (or more visibly the valley) widens. How Deep is a Crevasse?

Crevasse depth varies greatly depending on ice depth, temperature, and the amount of stress on the ice. However, most dry crevasses do not exceed a depth of 30 m (100 feet). This is due to the increasing horizontal compressive stress at depth. The increased ice overburden pressure closes the crevasse shut. Additionally, crevasses almost always occur in groups, with each crevasse shielding the others from far-field stress (Cuffey, 2010). In very cold ice at high latitudes, crevasse depth can exceed 30 m. Some have been observed to be 45 m (150 feet) deep in Antarctica. This depth limitation does not apply to water-filled crevasses, which can extend nearly to the glacier bed due to the additional water pressure forcing the crack open. 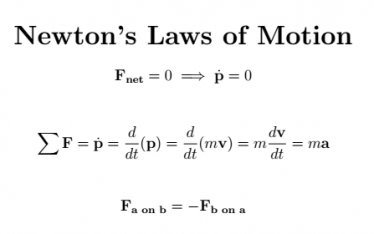