Mt. Thoro and the Thorofare Ridge truly showcase Denali’s diverse landscapes. The two trailless routes head in opposite directions from the top of the Eielson Alpine Trail, so typically I hike one or the other to have. Although, it is possible to hike Mt. Thoro out-and-back and return to the Visitor Center via the Thoro Ridge instead of the Alpine Trail (approximately 6 miles total). On a clear day, the view of Denali is incredible!

The Thorofare Ridge is a loop that slowly descends to the west from the top of the Alpine Trail. I’ve seen grizzly bears on this hike 2 out of the three times I’ve done it. I rate this trail moderate in difficulty mainly because it can be a little rough and potentially dangerous getting back down to the road. The vegetation is somewhat thick, and it’s a very steep descent. Taking a bit of extra time to route-find is a good idea as some cliffs can’t be seen well from above. That said, it’s well worth it just to spend some time hiking on the ridge and return the way you came if you aren’t comfortable trying to make the loop.

Mt. Thoro is the closest thing to a Martian landscape I’ve ever witnessed. The rocky summit is at 5,629 ft (1716 m), and there is very sparse vegetation. This is a very interpretive route; I encourage exploration as there are multiple ways up and down. There are a few very steep rocky areas and cliffs to stay away from, but this didn’t seem like a particularly dangerous hike. Definitely bring sturdy footwear, there is a lot of hiking over big, loose talus!

Both hikes begin from the top of the 0.8-mile Eielson Alpine Trail described here. I’m omitting that trail description here, so check out that link for more information. You’ll need to take a shuttle or camper bus to the Eielson Visitor Center (Mile-66).

From the top of the Alpine Trail you will probably notice a few social trails leading up nearby talus outcroppings to the southwest. The terrain is very rocky with sparse green meadows June-August. It’s completely open alpine tundra, so route-finding initially is pretty easy.

The social trails and animal trails fade in and out. In general, you are just descending the ridge toward the road. It’s a great place to wander a bit and find wildflowers, numerous arctic ground squirrels, and possibly caribou, Dall sheep, or bears. Definitely stay bear-aware here and make noise. There are lots of little hills, ridges, and valleys where you could potentially startle wildlife.

It’s possible to stay high enough on the south side of the ridge to keep the road in view most of the time if you like. After about 1-1.25 miles, it’s time to descend to the road as you near a large, strange rock outcropping in a valley. The easiest way down is to follow this ridge until you meet the drainage and the road at a tight bend in the road (orange on the map). Another way down (if by chance a grizzly sow and cubs are hanging out in the drainage as happened to me) is to turn down a small but steep southeast facing embankment about 0.2 miles from where the drainage meets the road. Return to the Eielson Visitor Center via the road, or try to flag down a bus.

Mt. Thoro is the big mass of rock to the northeast at the top of the Alpine Trail. Like the Thorofare Ridge, initially, route-finding is easy. There’s a relatively obvious social or animal trail along the ridge until you come to the Mt. Thoro massif.

After crossing a large bowl shaped meadow the terrain steepens quite a bit. There are numerous ways up, but I try to stay on a relatively gentle slope kind of near the center of the meadow and going almost straight up Mt. Thoro. I’d caution you from staying too far south as it is much steeper and rockier.

At about 5,300 ft you hit a bench that the summit is on. From here the climbing is much more gradual, climbing the last 300 ft. over half a mile. The terrain is sizeable reddish-brown talus, and there are a few islands of green where there is snow-fed water. Meander your way to the summit where there are a radio tower and a few survey monuments. It’s a fun place to spend some time exploring with a few alpine ponds and great views of the Eielson area as well as the Kantishna Hills to the north. Return the way you came.

If you have recently hiked the Thorofare Ridge or Mt. Thoro, feel free to leave trail (route) conditions in the comments below! Thanks for reading!

Due to COVID-19, buses will only begin running to Eielson in July 2020. There are limited vehicle permits as well on recreation.gov: https://www.recreation.gov/ticket/facility/300014?q=Denali%20Park%20Road%20Timed%20Entry
To reserve bus: https://www.reservedenali.com/

Hello,
Thank you for the detailed information, this is very helpful. I will likely only have time for either Mt. Thoro or Thoro Ridge, do you have a recommendation for which you prefer?
Thank you

I’d probably recommend the Thoro Ridge. The views are just as good. Mt. Thoro is a cool hike, but a lot of work just to get to the summit and the landscape is more desolate. 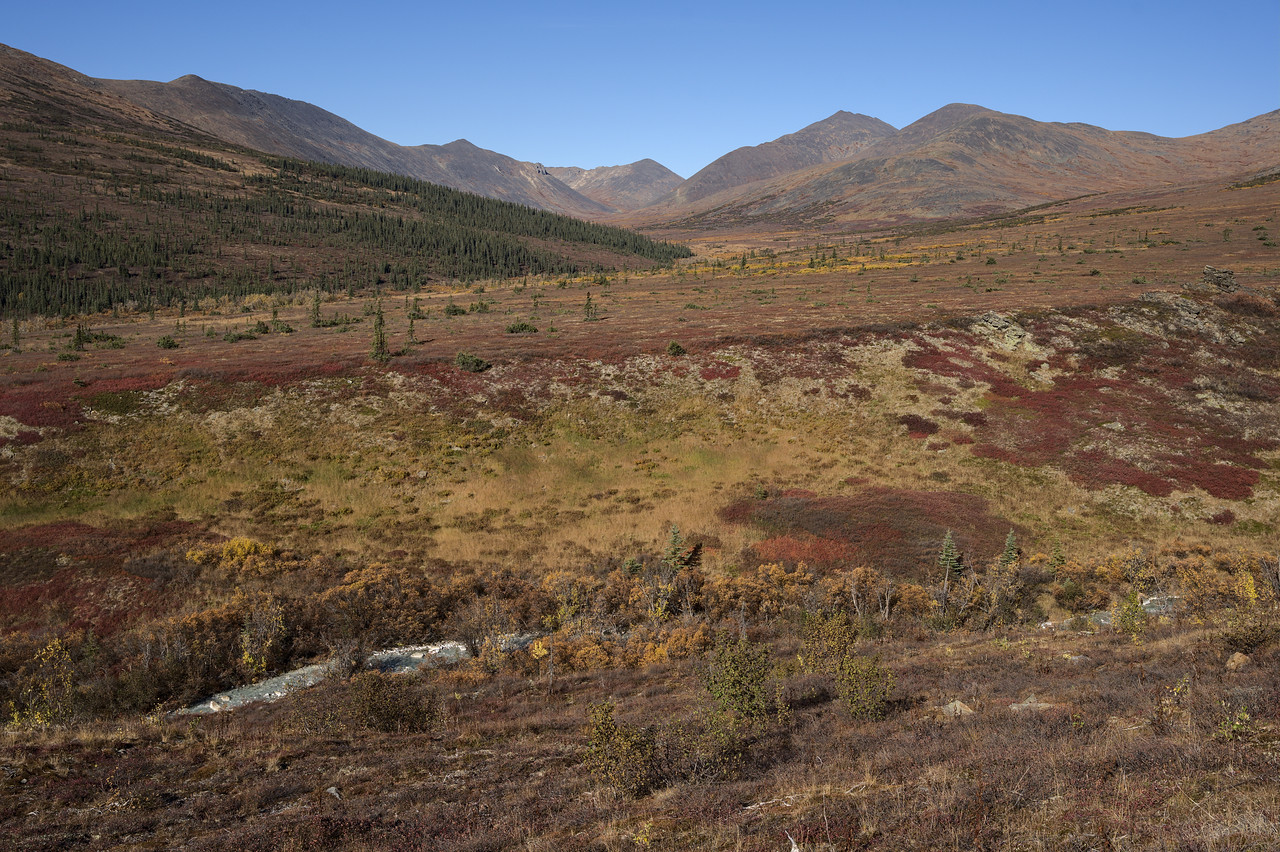 Nome Creek Hills – Backcountry Hiking
A guide to a few hikes in the Nome Creek hills from the Mt. Prindle Campground in the White Mountain National Recreation Area, Alaska. Great off-trail hiking on ridges across...
215 Likes 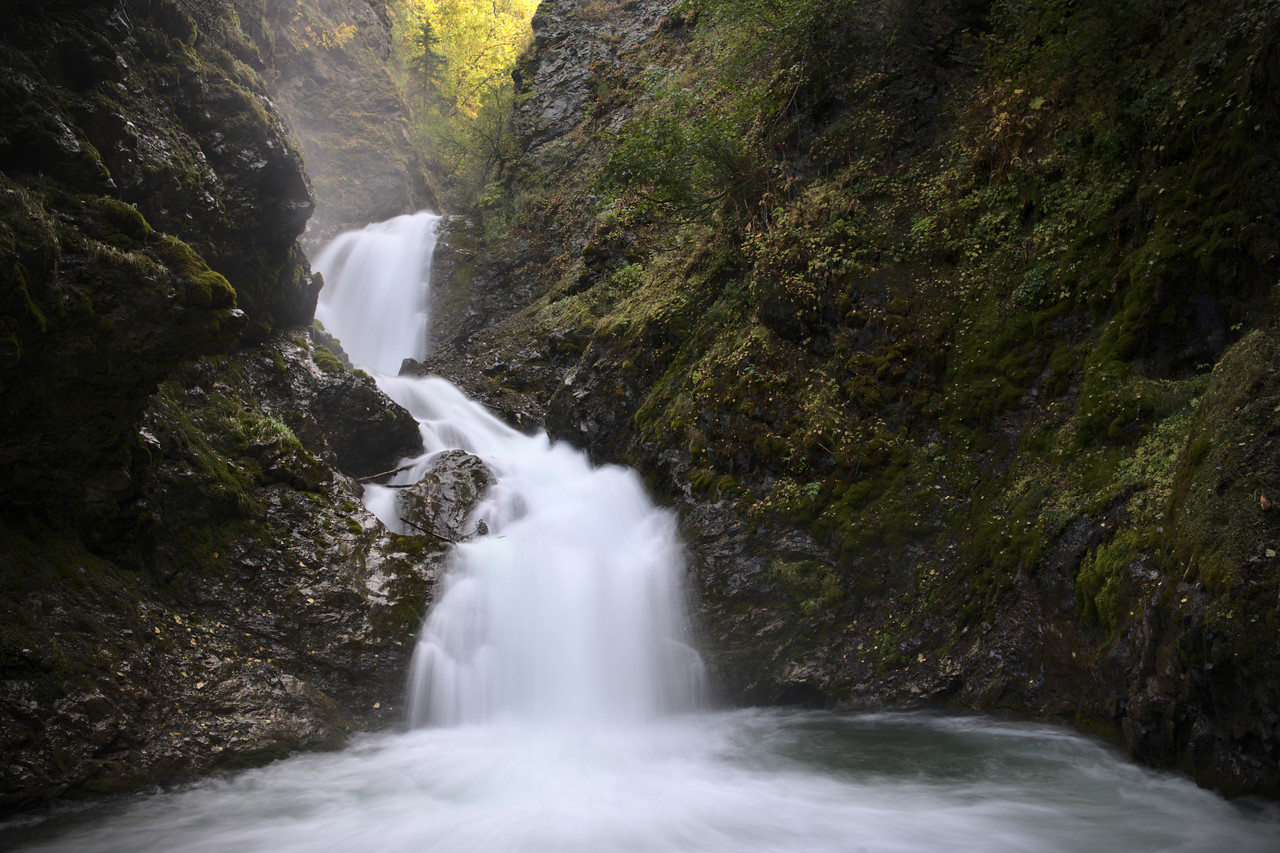 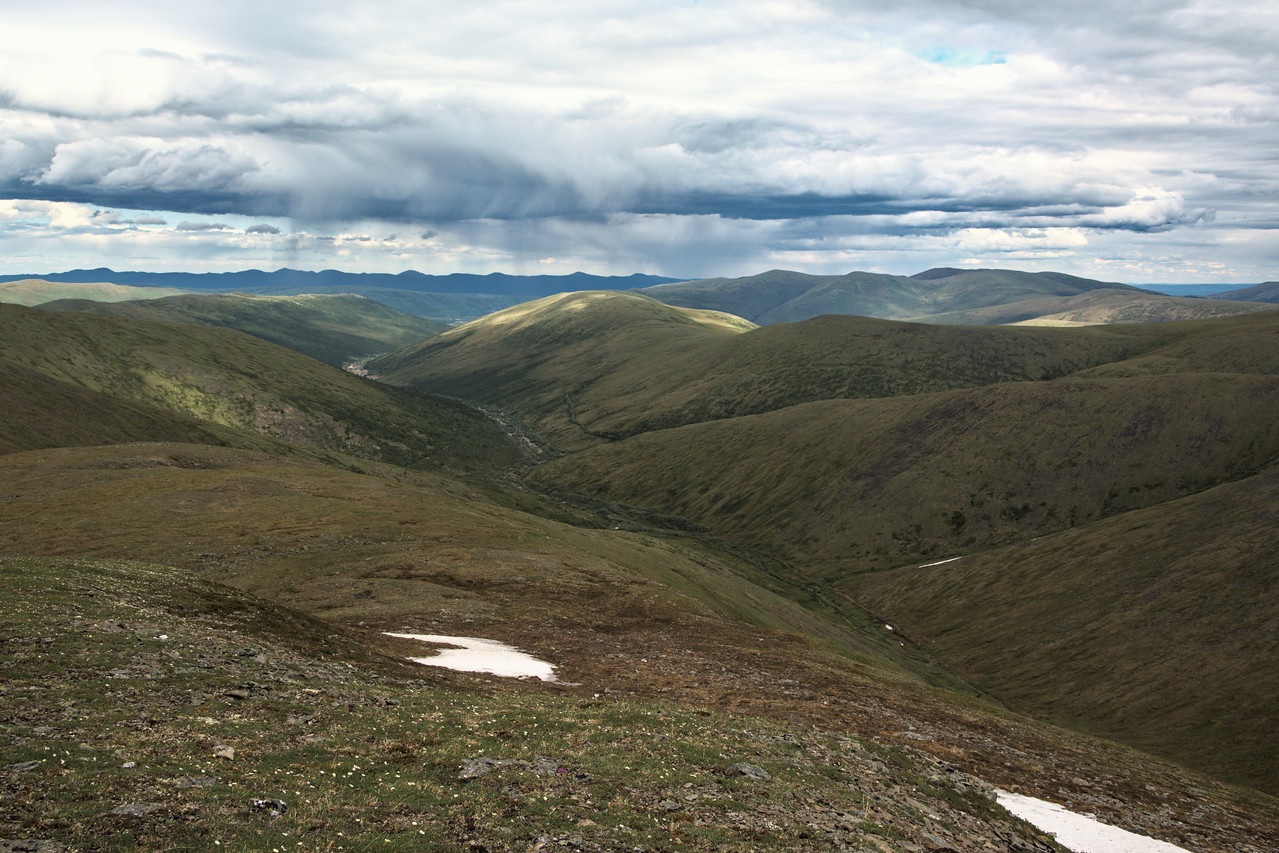 Mastodon Dome Hike
The approximately 12-mile round-trip Mastodon Dome hike in the White Mountains of Alaska is located on the south side of the Steese Highway at the Eagle Summit Wayside.
224 Likes